In April 1951, Amag, already the VW importer in Switzerland became the 3d official commercial partner of the then very small and very young Firma Porsche . This contract was supported with the firm order of a 50 cars batch, quite a very good news for the manufacturer who had quitted its war-time premises in Gmünd (Austria) to come back in Zuffenhausen, after having been given back its Stuttgart property by the Allied forces. The production of a steel version of a new 356 redesigned by Erwin Komanda had restarted at the Reutter bodyshop, with 500 cars to be manufactured in the first year. Equiped with a 1100 cc or a 1300 cc flat-four, still closely derivated from the VW original motor, but fitted with two Solex 32PBi carbs.

The model currently on sale, with châssis number 10891 was manufactured , as shown by its Kardex, the 12th of October 1951. One of the 750 Coupés produced that year, and also one of the 50 cars ordered by Amag for the Swiss market. A quantity which was rapidly supplemented to cover the 78 sales of Amag for its first year of activity. The Kardex indicates that the car was ordered in a very “atomic”, Radium Grün and upholstered with a beige cloth and leatherette from Firma Häfele. Original engine N° 20524 was a Type 506 1300 cc.

There is no mention on the Kardex on the immensely rare dashboard watch offered as an extra instead of a radio by Porsche. Possibly an amag sweetener to his client who had to suffer an early engine breakdown and a warranty replacement. This service being well recorded and documented with the letters KD (Kunden Dienst) engraved before the engine number, allows the car to be still fully matching .

This superb 100 % concours Pre-A Coupe, was very carefully restored by highly regarded specialists in Italy and meticulously finished to the most exacting standards. Including white dials, cream buttons and three-spoke steering wheel. A perfect testimony of the very early production of a mythic Company who’s fabulous future was still to be written at that time.

Eligible to any major international event this impeccable realisation should find its place as a crown jewel within any serious Porsche collection. 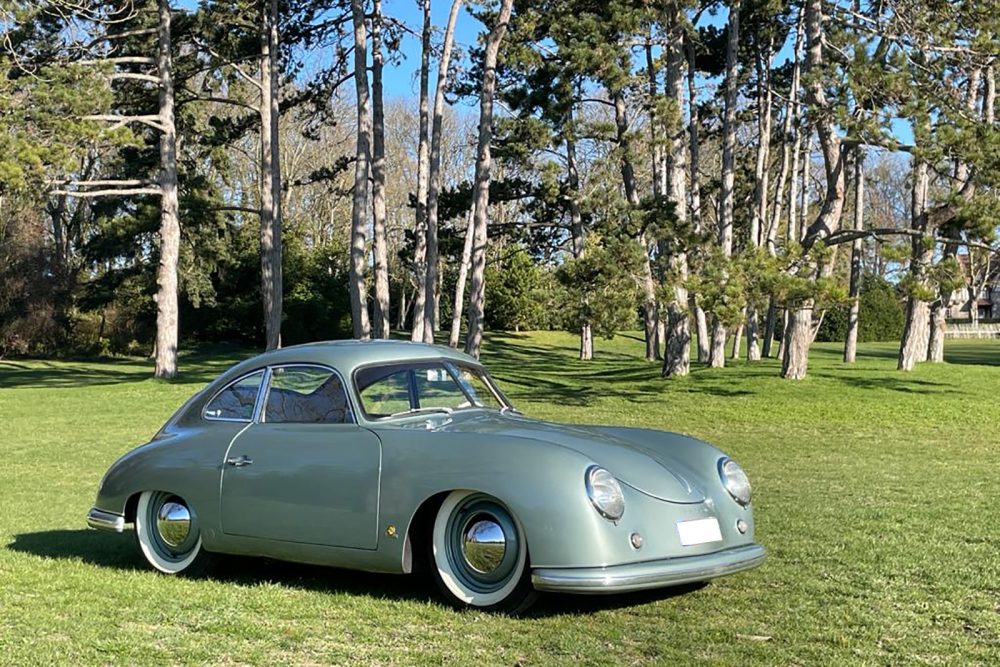 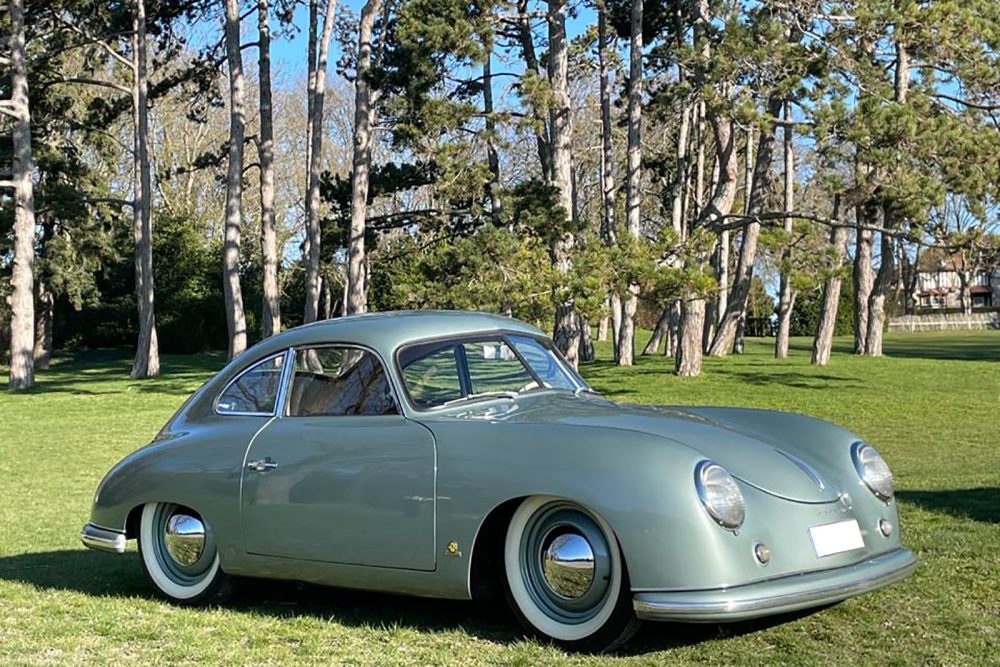 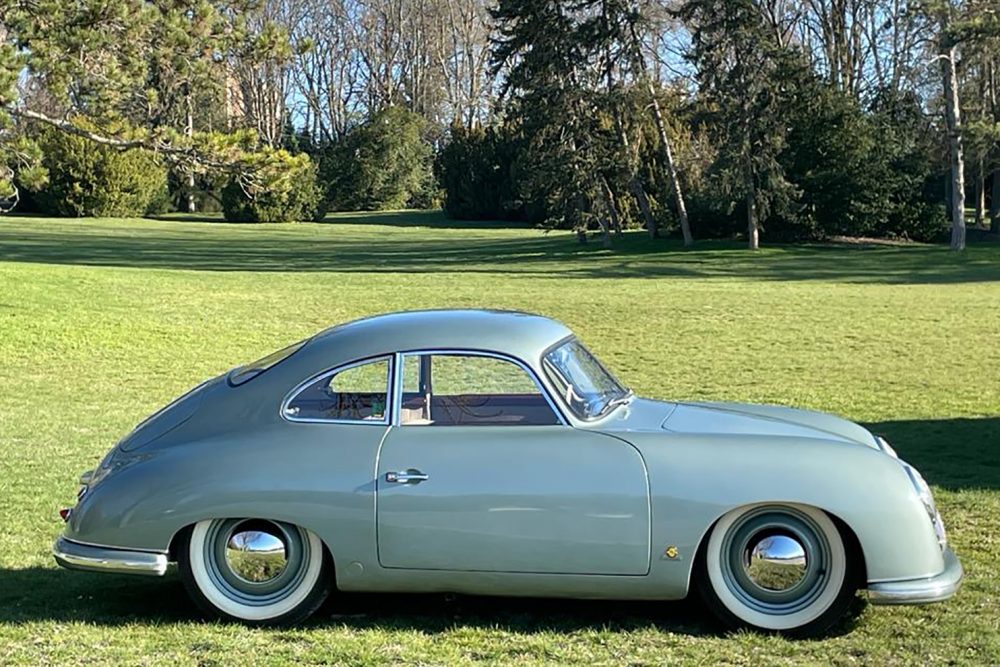 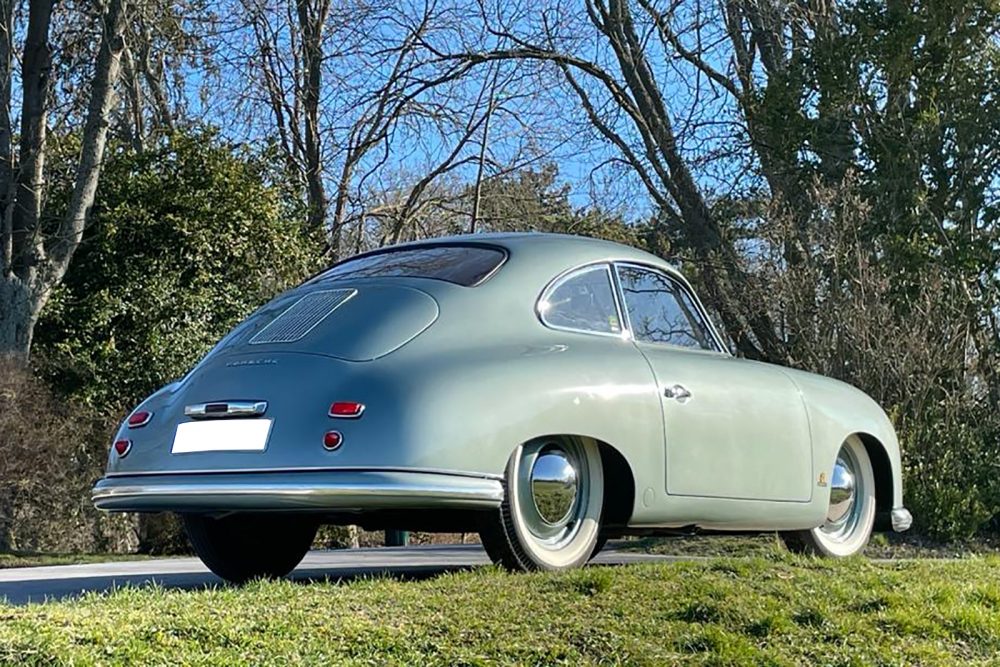