The Audi quattro Sport E2 Swb is an evolution of the quattro Sport. Extraordinarily fast with exceptional driving dynamics, the Quattro excelled in international rallying and won the manufacturers’ championship for Audi in 1982 and 84 and the drivers’ championship in 1983 and 84. But his greatest legacy is to have proved the benefits of all-wheel drive for the private vehicle industry. Since then, Audi has put its Quattro four-wheel drive system into practice on many other models that have made a significant contribution to the brand’s success on the international market. A Sport version of the Quattro was presented in the autumn of 1983. Designed as a homologation version for Group B in rally racing, the Sport was built on a shortened platform and received a new all-alloy lighter version of the five-cylinder. In addition to the shorter wheelbase, the Sport was immediately distinguished by its less inclined windscreen (required by drivers to reduce the reflection of on-board instruments on the inside), wider wheel wells and a wider climb.

With the Sport, anti-lock braking also made its first appearance on an Audi with a Quattro transmission. In rally racing, the power jumped to 550 horsepower, making the S1 the most powerful car ever introduced

in the World Rally Championship. It was a notable success in 1985 when factory driver Michèle Mouton won the Pikes Peak race by beating the race record. The greatest drivers drove it as was the case for Walter Rohrl, a living legend of the rally, two-time world champion in 1980 and 82 and who distinguished himself at the end of his career by winning the San Remo rally in a Quattro Sport S1. Audi built 214 examples of the Sport, of which only 164 were sold to customers for road use, the others being reserved for competition.

This Audi Quattro S1 E2 with its exceptional presentation is a revocation built by a reputable German specialist on a specific marble with the arch mounted directly on the chassis, 3 different Audi cuts were required for this realization. The fiber bodywork has been designed to be as close as possible to reality. The mechanics have also been the subject of particular attention with a five cylinder 20 valve Turbo engine from Audi S2 coupled to a 6 speed mechanical gearbox from S2 phase 2 which develops 370 horsepower thanks to a programmable engine management controlled by an E-Race ECU and Cat Cams, special pistons and forged rods cam shafts and a new Turbo KKK.

.. This magnificent WAVZZZZ85ZFA181346 car chassis is equipped with Brembo / Porsche calipers and Loraine RC6 carbon pads, the front discs come from  RS6 and  S2 for the rear. A hydraulic hand brake with Gr B control has even been installed as well as 3-way adjustable KW V3 shock absorbers.  More than 1000 hours of work were necessary to realize this beauty, it is perfectly adapted to the opening of modern Rallyes and has often been invited in double zero. Powerful and sure its use is amazing.

This magnificent car will be delivered with a blank technical inspection, its Fia papers for historical regularity, its complete restoration file and an approved value expertise and a French registration. 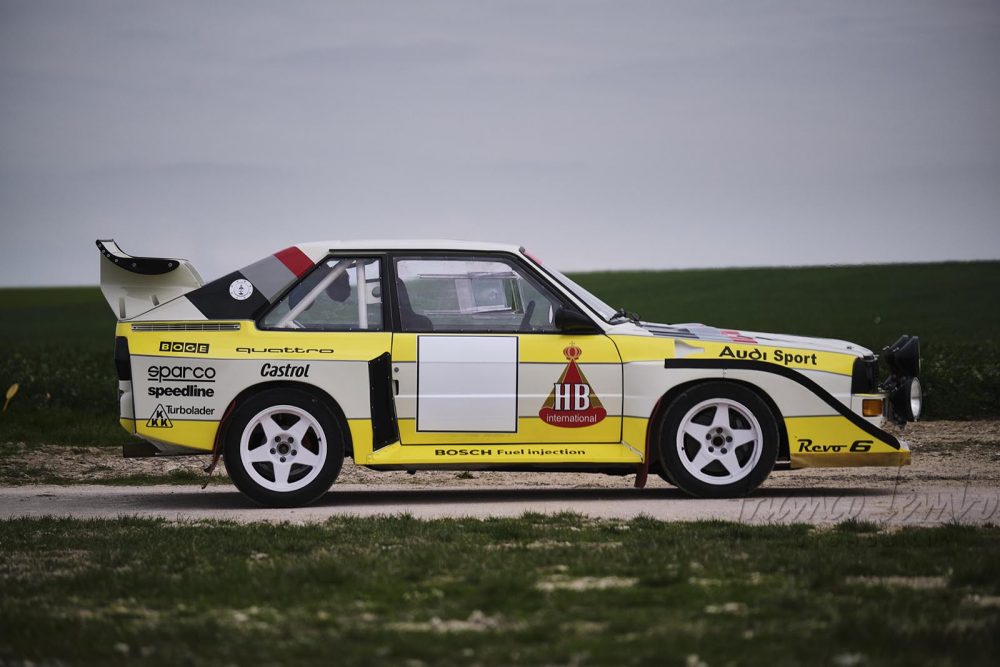 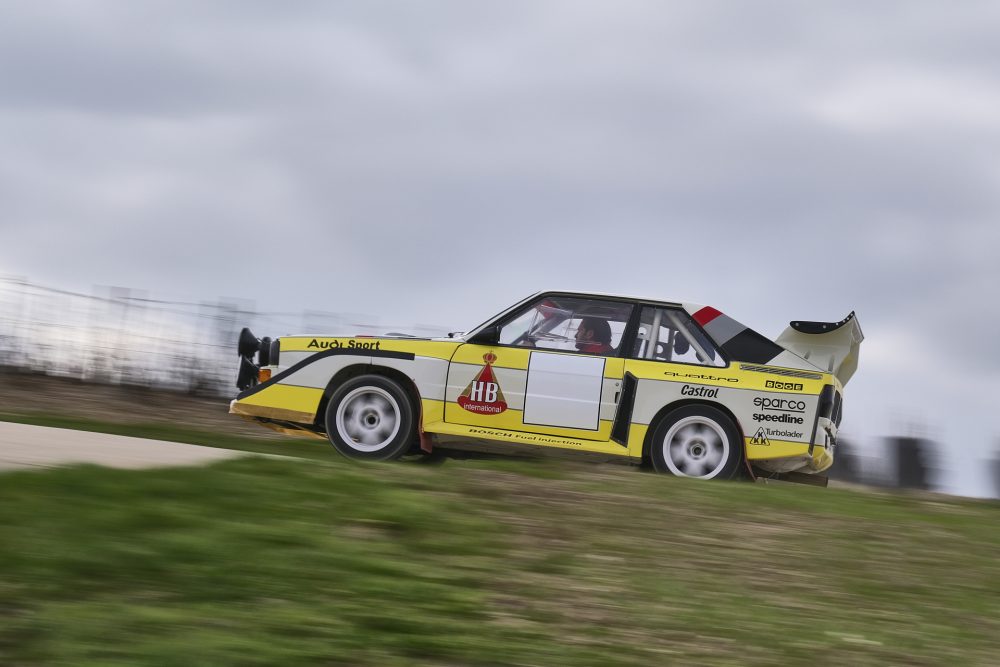 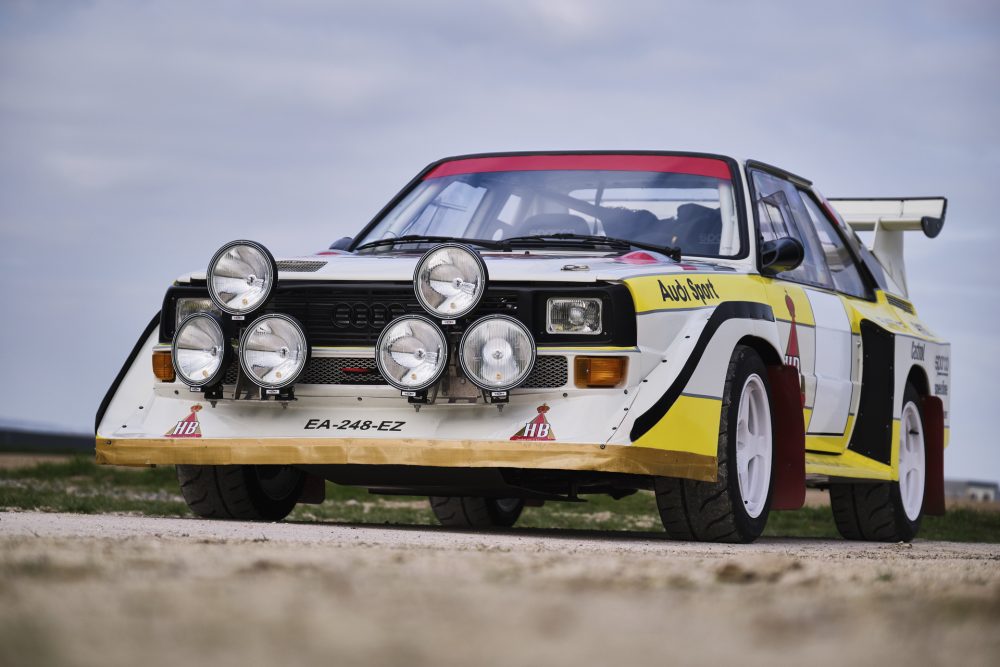 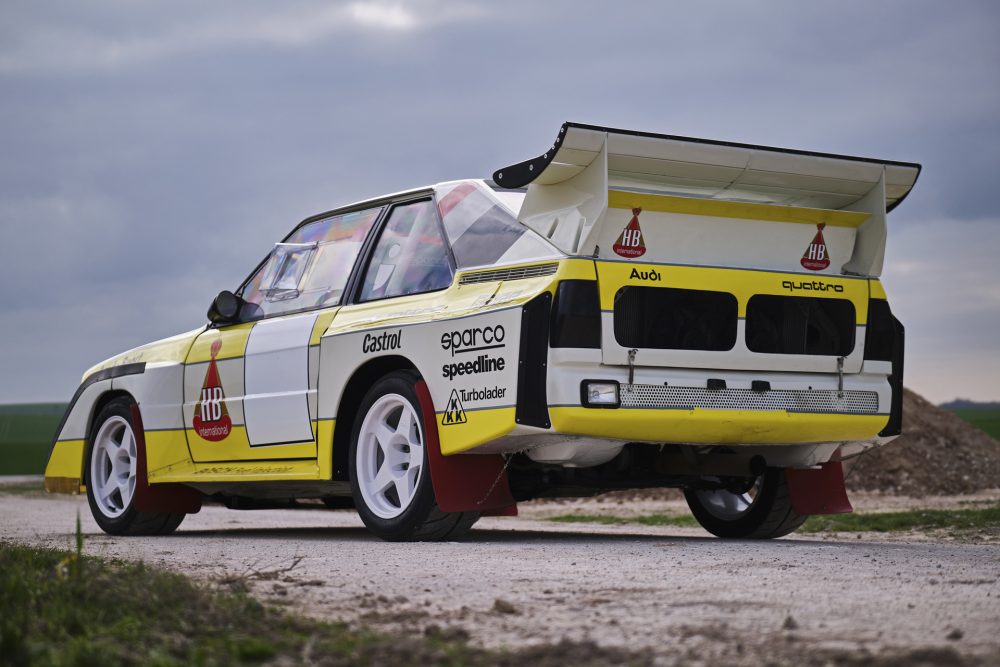