Initially, the company BSA (for Birmingham Small Arms Company) was a gunsmith cooperative founded in 1861 and produced weapons. In order to diversify its activities, BSA started to create bicycles in 1880 as their production methods were adaptable to create parts at efficient cost. The first prototype of BSA motorcycle was built in 1905 and the production model was presented in 1911 at London, it met a great success as all units were sold between 1911 and 1913. Then the motorcycle activity increased thanks to good strategic decision, BSA acquired Triumph Motorcycles in 1951 and became at this time the World biggest motorcycle manufacturer.

The BSA Rocket 3 has been developed in parallel with the Triumph Trident, both arrived on the market in 1968 and were considered as the first Superbike of the history with their tremendous 741cc within the first 3-cylinders engine on the market. The BSA target was the American customer whereas the Triumph was for Europe. The use of the 3-cylinders allowed to increase the engine to 741cc to satisfy customers who were asking for more power, but it reduced as well the vibrations compared to conventional Twins. This air-cooled engine developed 58 horsepower and was associated to a 4-gearbox. The main differences between the Triumph Trident and the BSA Rocket 3 were the 12 degrees sloping cylinders on the BSA that looked more dynamic, and double cradle frame when the Trident got a single one. From a style point of view, these bikes were as well very innovative even if it did not mean successful. The very squared gas tank has been renamed “shoebox tank” and the weird mufflers were called “Flash Gordon” or “Ray Gun”. Hopefully the design was upgraded on the 71’s model with a teardrop tank and more conventional chromed silencers. Unfortunately these changes arrived late and the competitors had caught up with equivalent models regarding performances and modernity. Nevertheless, the Rocket 3 and Trident had been, for a brief period, the fastest production motorcycle of the World!

This very nice BSA 750 Rocket 3 has been delivered new in Italy the 4thJune 1971 and had only 2 owners in its life! The chassis holds number CE00471 A75R, this unit is completely original and in incredible condition. With Italian registration, it clocks 19840 kilometers and is ready to travel its future owner over the years and make feel forgotten vintage feelings. 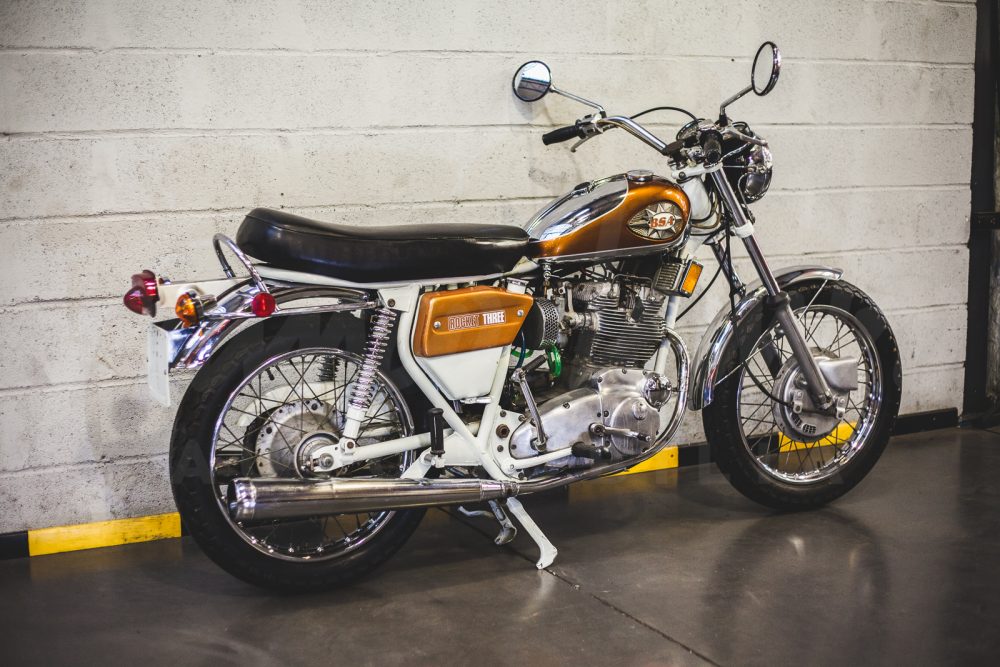 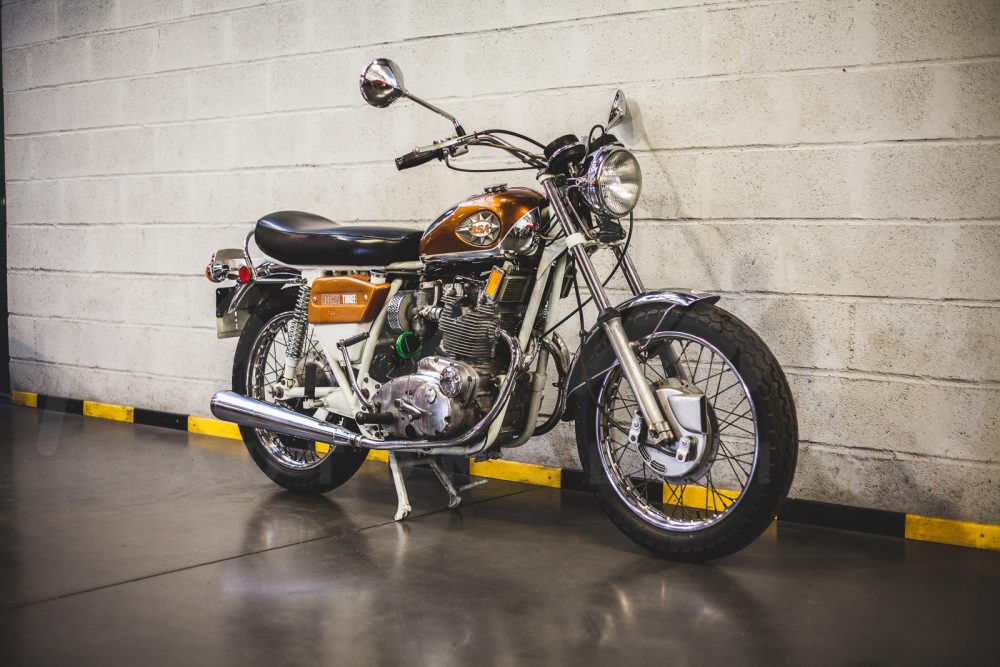 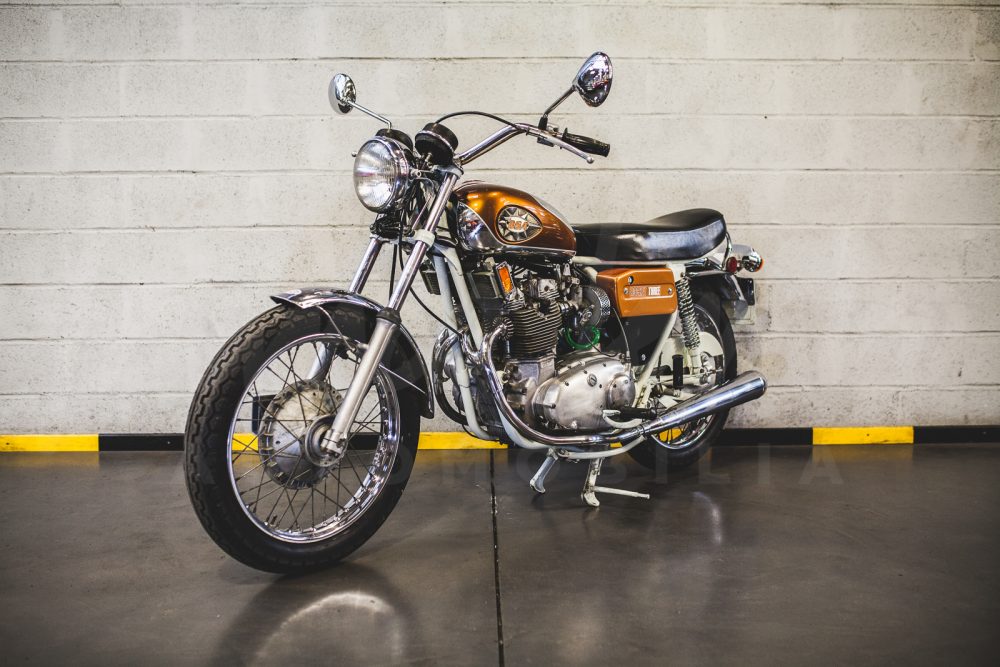