This original grand prix race bike had a fantastic and clear history , it was bought by is unique
owner in January 1999 directly to Team GIO CA MOTO where is brother-in-law  worked into the Ducati racing team as telemetry.
He could not recover the bike just after the last grand prix because Gasolio had  an engine problem before the end of the last race , he agree the price and recover the bike a year later with a completely redone engine , The 748 will only do a few laps of exhibition during all these years, it will also be exhibited at the Ducati Museum for several years as the world champion motorcycle in 1997.
Purchase invoice , Ducati certificate of conformity,  Ducati certificate,  attestation of GIO CA MOTO co-signed by Paolo Casoli himself . It is a unique opportunity to recover a 100%  genuine world champion motorcycle .Chassis N°2603   . Price on request . 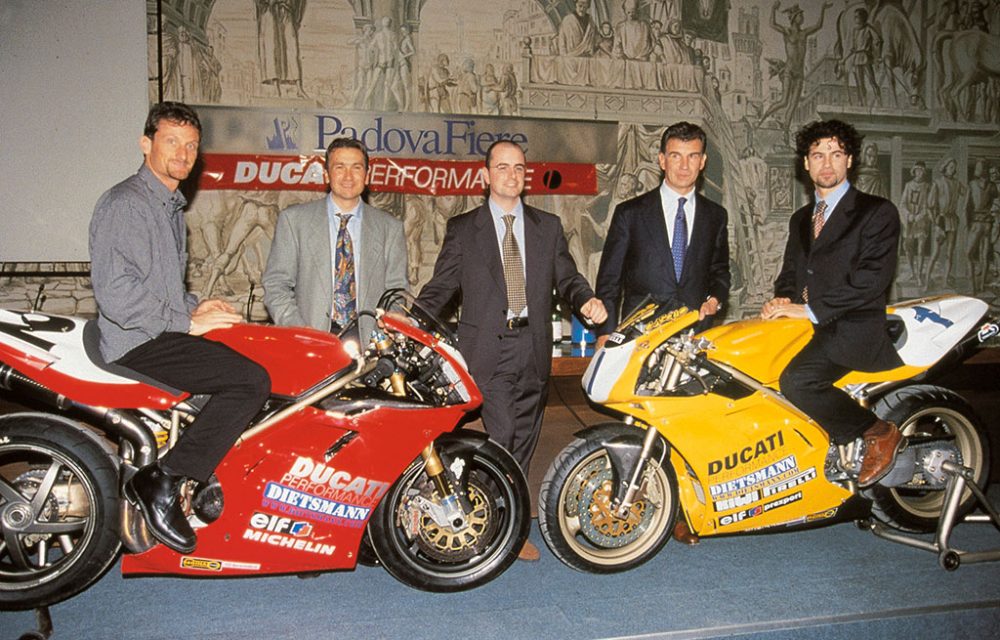 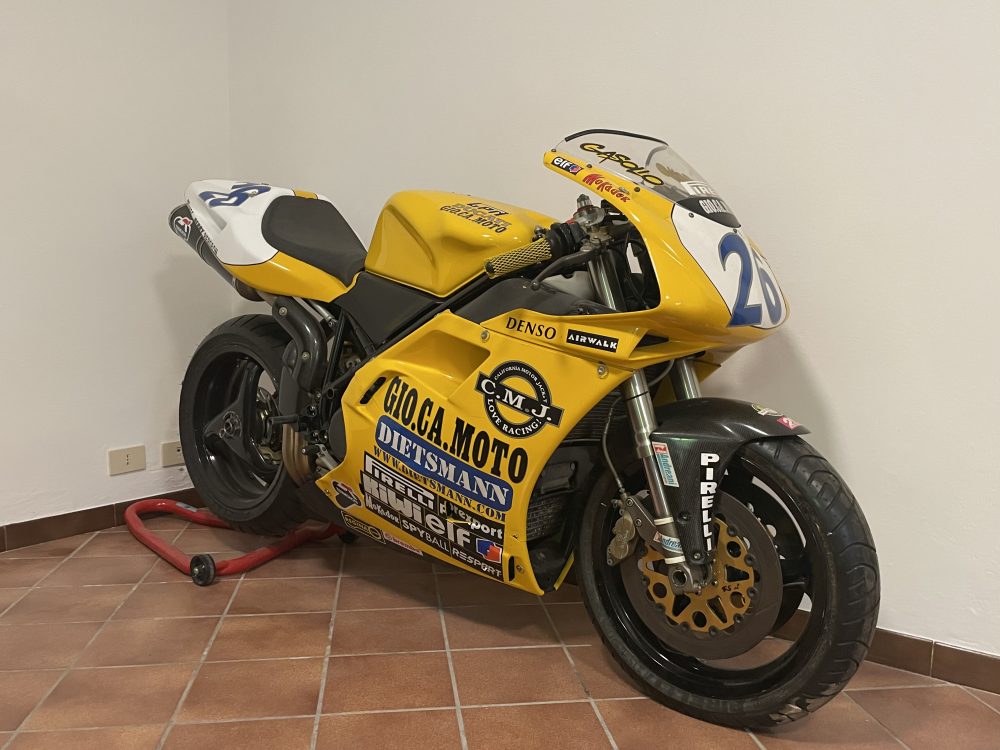 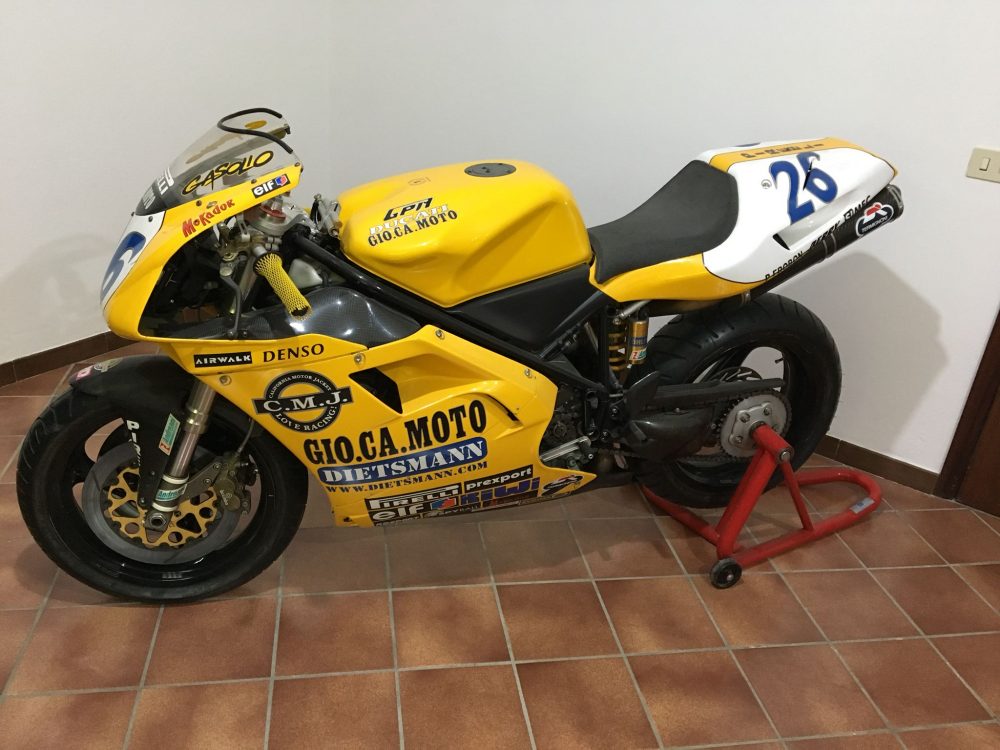 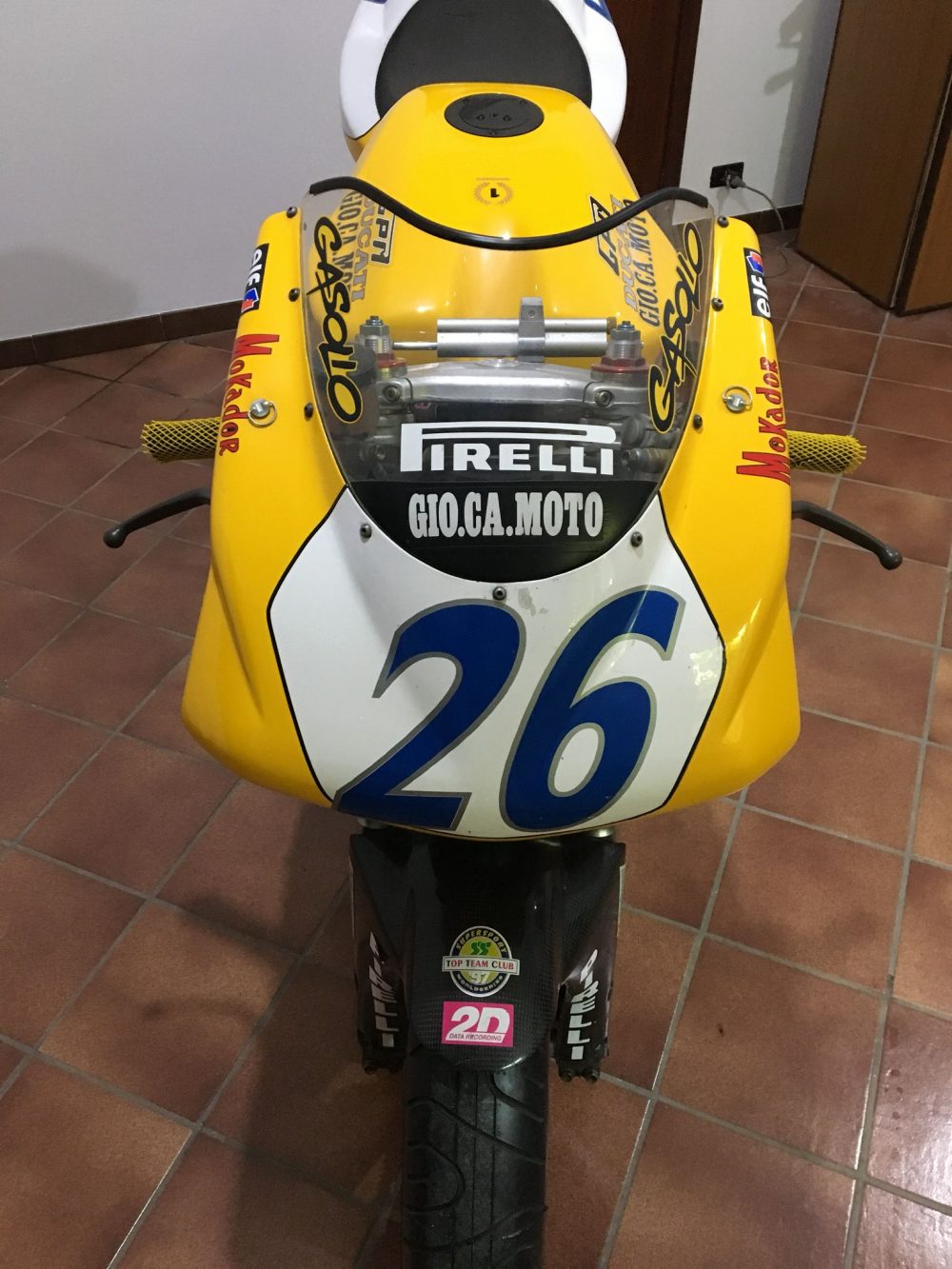