The Ferrari Testarossa was revealed at Paris Motor Show in 1984, following the 512BB in the Modena brand flat twelve range, its name meaning “read heads” is referring to the color of its engine cylinder heads. Its very charismatic design is coming from Pininfarina style office and is recognizable from the first look by its side vents, its only one mirror (monospecchio) based quite high on the windshield driver amount. On the other hand, the luxurious inside is equipped with the seats and dashboard covered with Connolly leather while as a racing legacy the rims are fixed with only one central bolt (monodado) and the body work is in aluminum except the doors and roof. Beyond its impressive and timeless shape, its twelve cylinders engine is the first receiving forty-eight valves assigning top level performances. Indeed it needs only 5,2 seconds to this 390 horsepower car to reach 100 km/h and the top speed is above 300 km/h. In addition the mythical H manual gearbox elaborates amazing driving feelings while the 12 cylinders symphony leaves speechless.

This wonderful monospecchio monodado is the most interesting model of the Testarossa series. Holding the chassis number ZFFFTA178000055031 it seems to be the 30th produced of the 1300 units built. It was delivered the 6th May 1985 in France by Pozzi car dealership to the race driver Jean-Pierre Delaunay who participated several times to Le Mans 24 Hours and drove the 512 BB LM in 1978 and 1979. Exceptionally preserved, this car got four owners and has only 49000 kilometers on clock. Since 2015 it has been completely refreshed on mechanics and esthetics, around 70000€ of work to get it as perfect as on the first day. The car received a huge mechanical refection in 2015 at Ferrari Lyon, a complete painting by the experts from Carrosserie Hervé, an engine revision at Colombo Challenge specialists, a new revision in 2018 at Cannes Ferrari Classiche department and the TRX tires are new. In concourse condition, it will be delivered with its invoices folder, service book, original tool kit, French registration and its agreed value expertise. 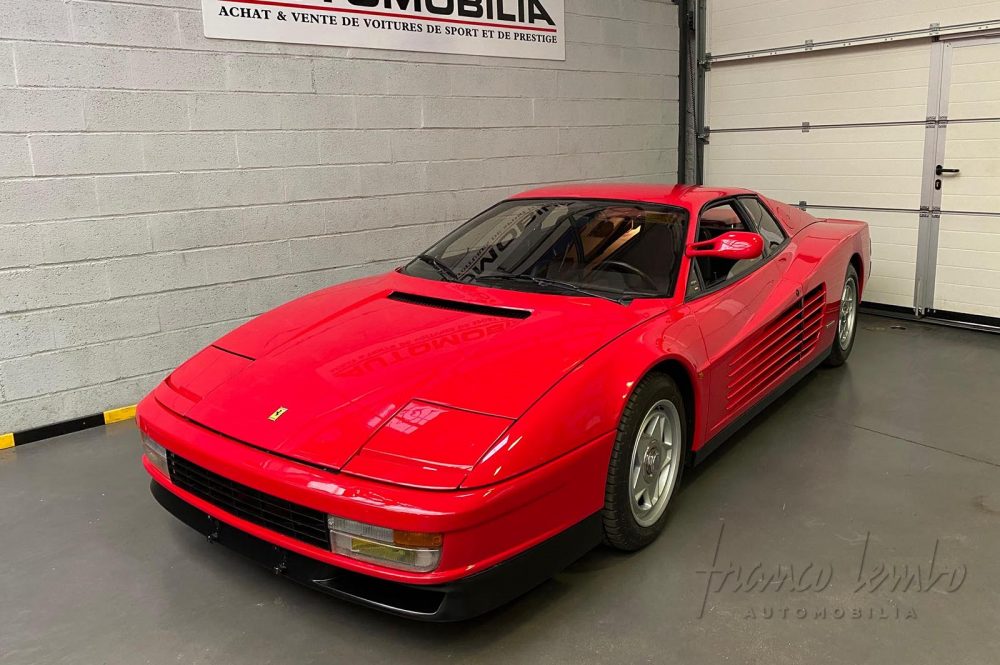 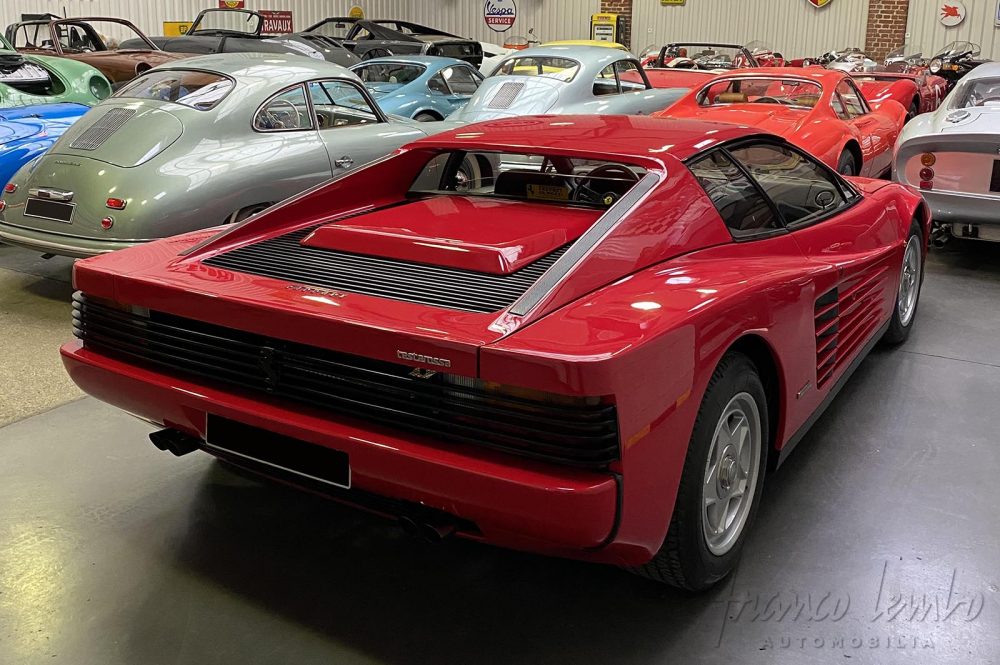 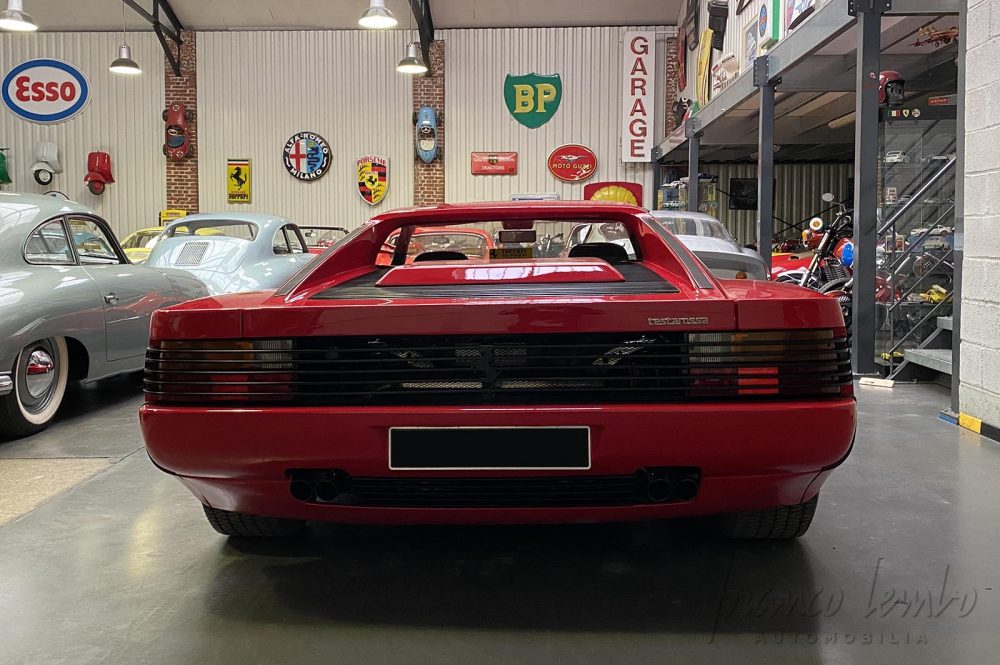