The brand F.B. Mondial for « Fratelli Boseli » was created in 1929 by the four Boseli brothers. Initially oriented to tricycles, the company started to develop competition motorcycles from 1948. The first victory came very quickly the same year at Monza autumn Grand Prix 125. After many wins during several years, the F.B. Mondial became very desirable, especially from the youth, so the brand decided to produce motorcycles as well on the private market. The success came immediately and the brand grew up quite fast to get until 300 sales points over Italy.

This very nice Mondial 50 cc gets very rare front fairing, it has been built around 1966 and has been completely restored. It holds chassis number 18416 and engine number B7/1163. This iconic motorcycle will bring you back to Italy by the 60s! 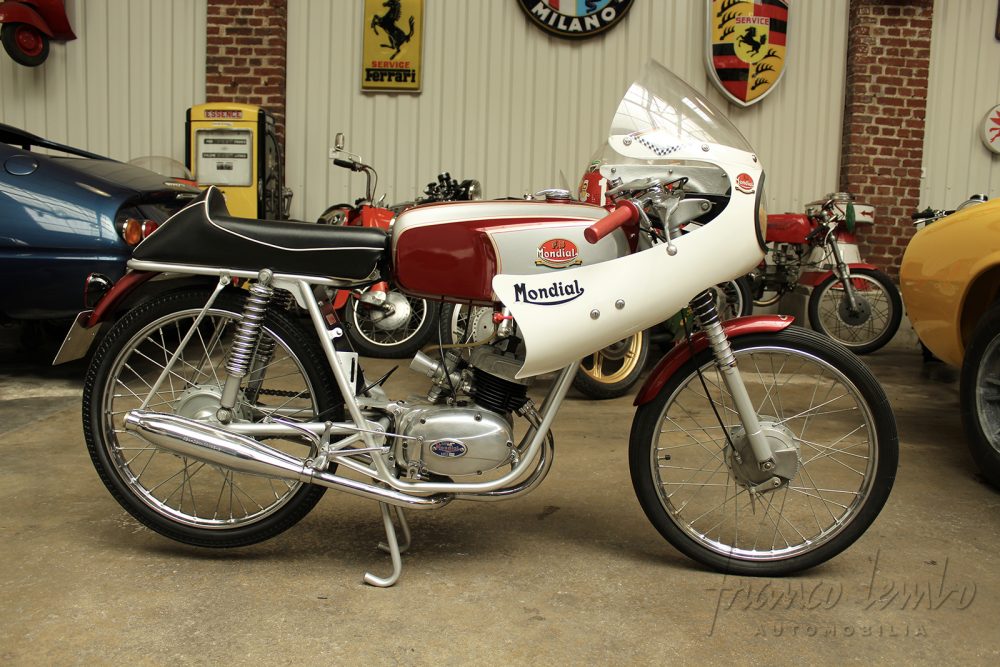 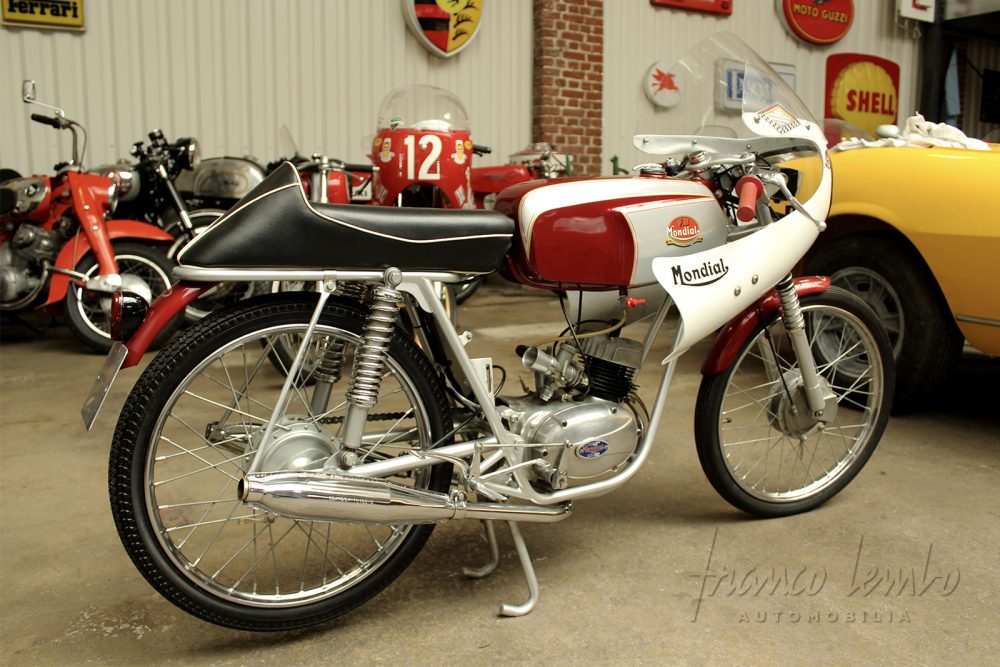 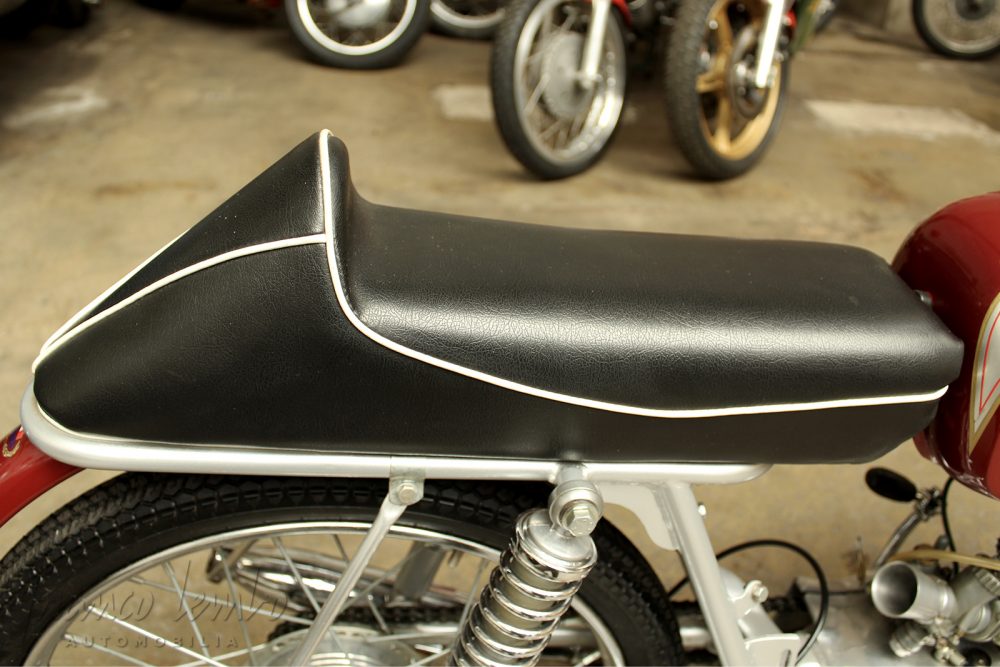 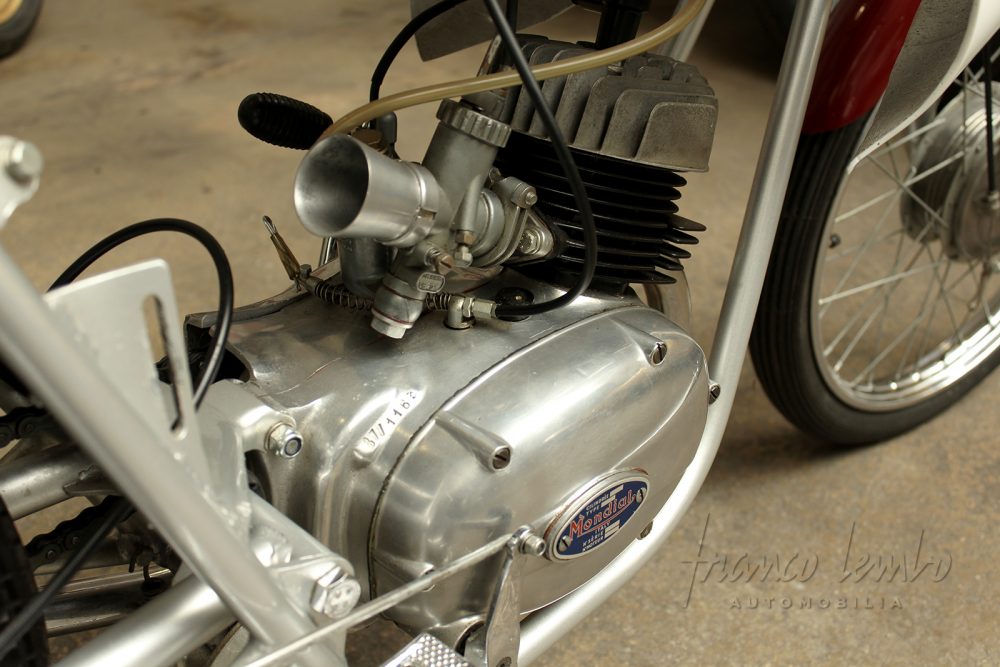