Donnino Rumi, the son of the brand founder designed the Formicchino himself, after he took the head of the company when he was only 20 years old. Third Italian brand to build scooter after Piaggio and Innoccenti, Rumi oriented its model in 1954 toward sport, at the opposite of the competitors. Its structure was very innovative with its front and rear parts in forged aluminum, and the engine in central position to keep up the overall together. The 125cc 2-stroke twin cylinder was renowned for its amazing sound and its great reactivity. After the win of a Formicchino at the Bol d’Or race in 1958, Rumi launched a specific model with a gold paint, 10” wheels and the double body carburetor allowing the engine to develop 8 horsepower. This scooter had a 4-speed gearbox and weighted only 100 kilos.

This rare Rumi Formicchino Bol d’Or has been delivered the 26thMay 1961, it holds chassis number 32613 and engine number 24979. In original condition and with French registration, it presents a very nice patina and the odometer clocks 7684 kilometers. This legendary Italian classic has been dreamed by thousands of kids at the time, it will drive you with style through its inimitable sound! 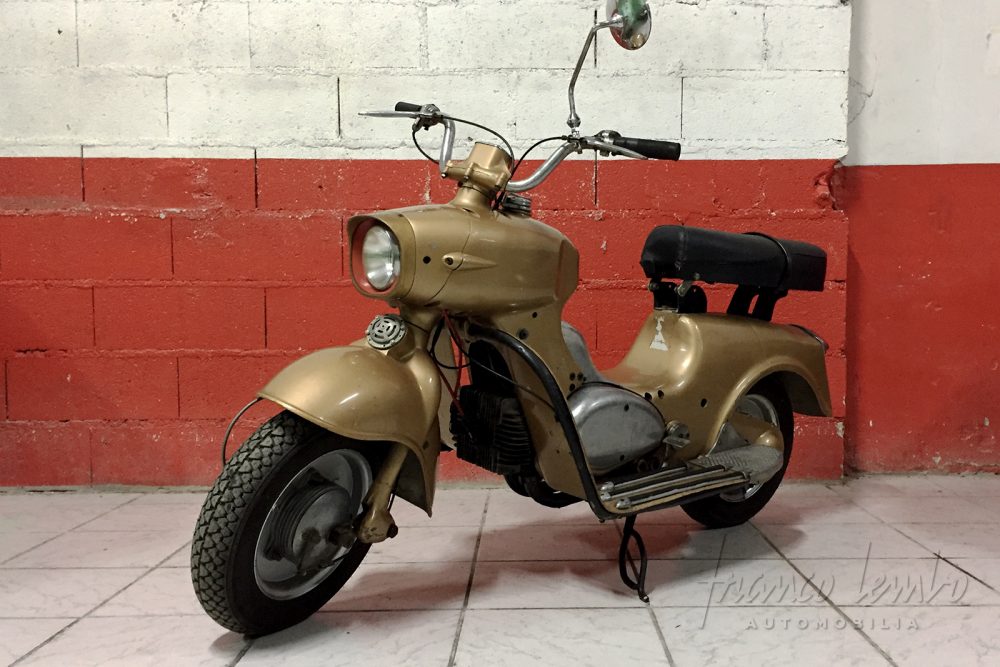 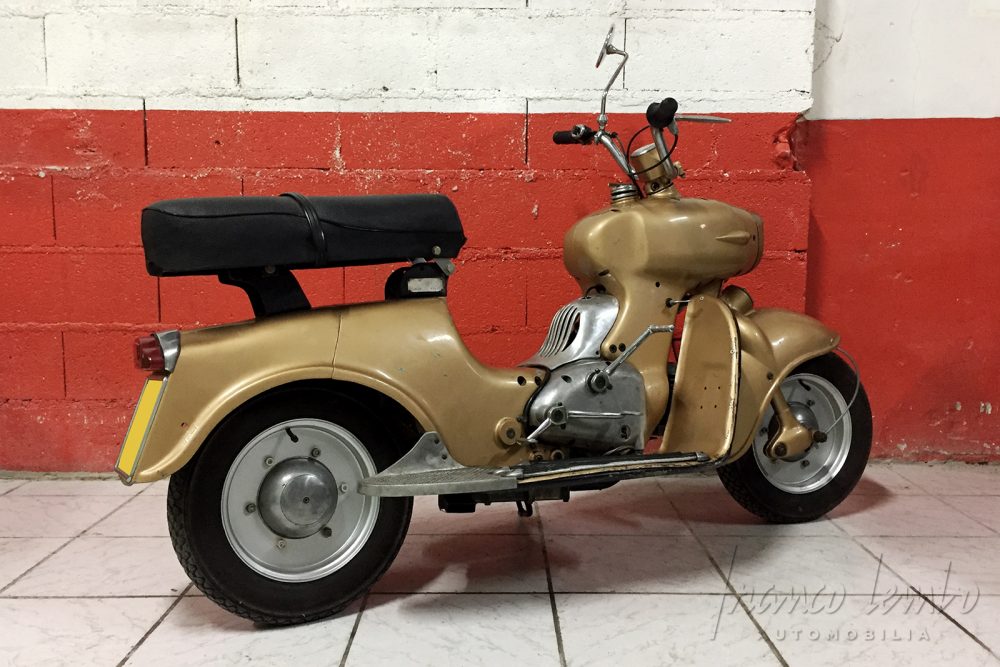 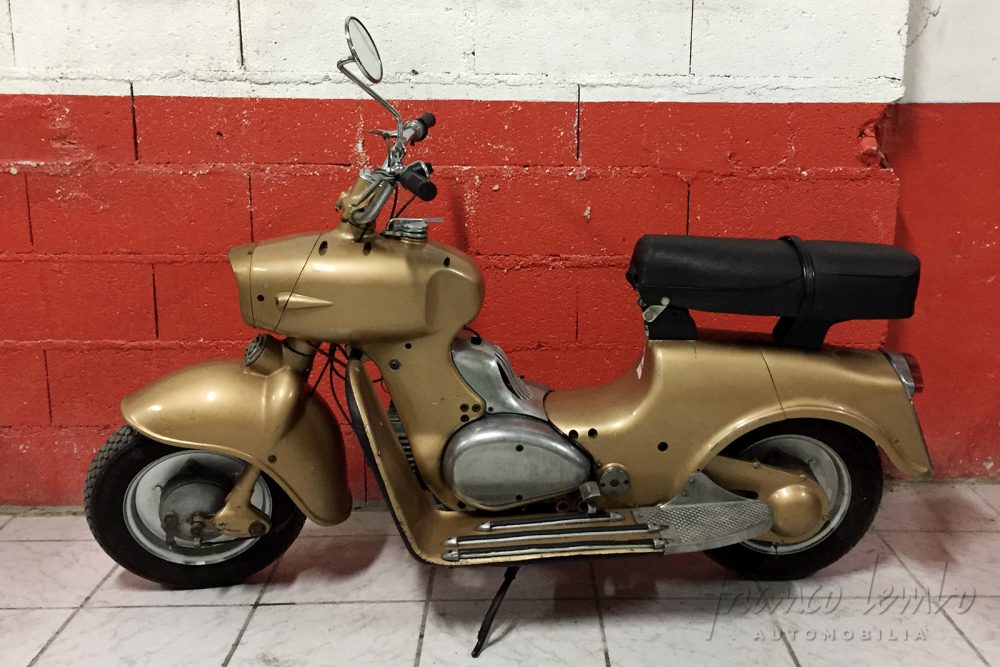