The 356 Speedster version was revealed in 1954, under American importer Max Hoffman impulse. This one had felt the potential success for a sport roadster more drastic than the 356 convertible so he asked himself Ferry Porsche for such project in September 1953. The typical Speedster design line is its shortened windshield but several other modifications happened such as seats and doors lightening, modification of the dashboard or simplification of the soft top. As a conclusion, this roadster lightened to 760 kg is the most racing of the 356 range, it met a huge success as much for competitions than on the roads.

Our unit was delivered the 22nd May 1957 at American Specialist Hoffman New York. The first owner moved to Hawaii and lived there for 30 years, his son sold the car to the current owner who imported it in France in 1997 where it received a completed renovation until bare structure for several years. This car has never been crashed, it had only 2 owners and gets a rare Nardi steering wheel which was an original option. All the bodywork panels have their original references, the full mechanics is matching numbers and this Speedster was driven only 900 kilometers since its renovation. The full history is known, documented with many invoices from new and a detailed photo book of the renovation. Porsche Kardex, agreed value expertise and eligible to Mille Miglia. 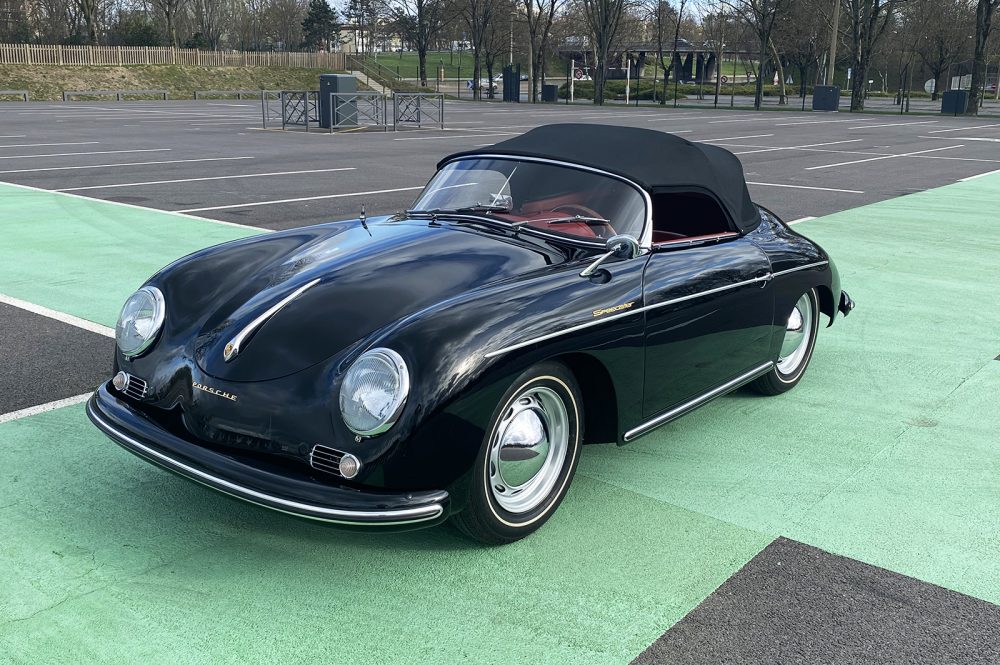 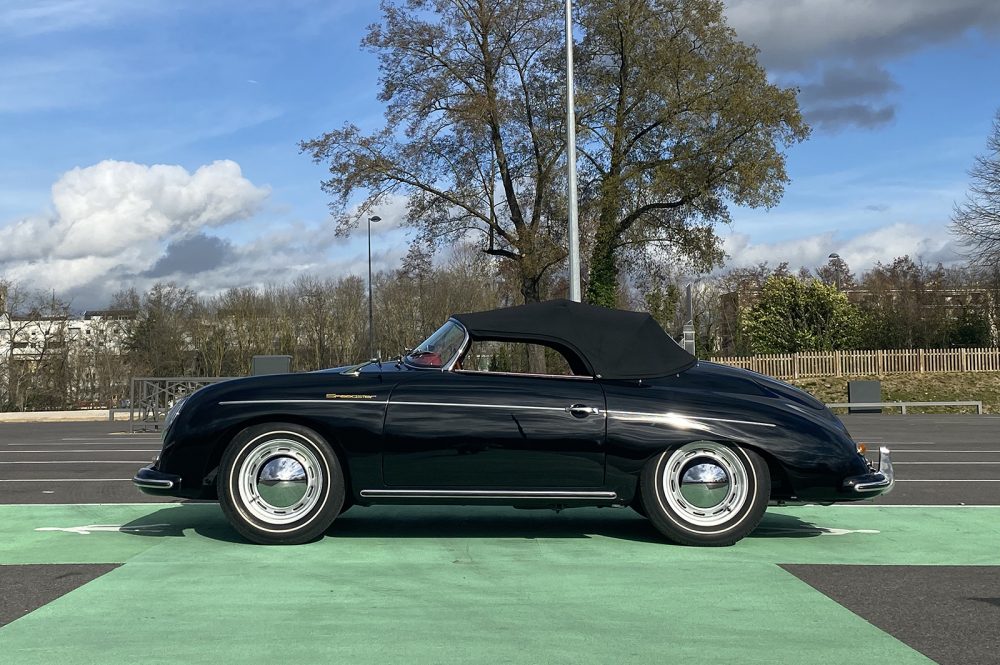 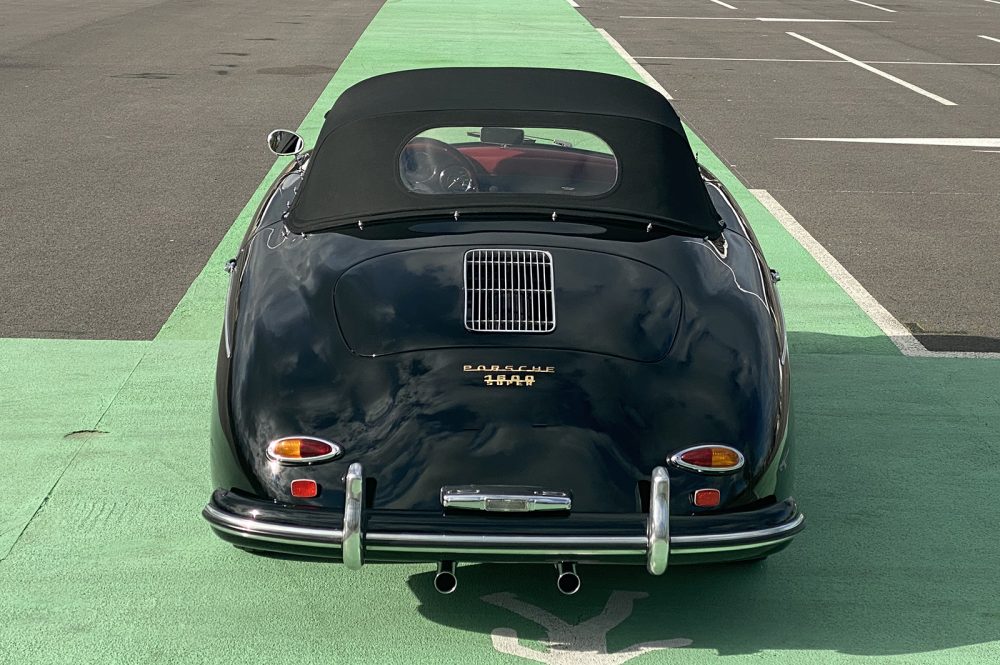 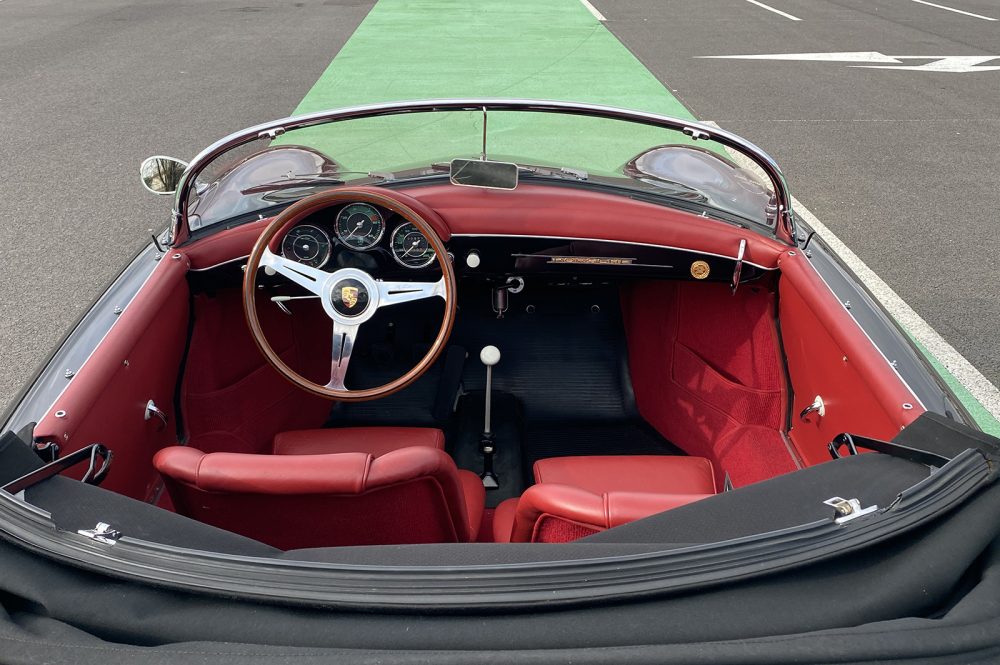