The study of a 2+2 coupé with a high cubic capacity engine started in 1971 at Weissach. The specifications of the 928 were relatively simple: the future Porsche GT must be clearly improved compared to the 911 in terms of comfort and ease of driving. The Porsche 928 was introduced during the Geneva motorshow in March 1977. At the period, it is introduced as the GT that will gradually outshine the 911. Everything surprises in the 928: its design first, its 4.5L V8 and its performances. Design by Anatole Lapine at Porsche, the 928 really looks like a flying saucer! According to Michael Mauer, design director at Porsche, “as a designer, Anatole Lapine never followed fashion but defined timeless trends with its concepts”. It is true that the design of the 928 represents by itself its personality and its character. Round shapes and prominent wings, the look of ship is marked by its small lights and its flat and shiny rims specific to the first series. Inside, the comfortable seats astonish by their design in the Joe Colombo style of the 70’s, a unique style peculiar to the first series, and the dashboard innovates with an instrument cluster swivelling while you adjust the steering wheel: totally new for the Porsche addict used to the 911! On the road, the car achieves unanimity during the first tests in 1977, to the extent that the year after the Porsche 928 is elected car of the year!

In 1979 petrol crisis are far behind and Porsche finally meet the request of everyone: to give more power to a GT that miss some to allow its chassis to be fully highlighted. The 928 S welcomes a V8 with a slightly increased cubic capacity (4.7 L) and develops 300 hp, with real GT performance as the car could reach 250 km/h at top speed. To improve aerodynamic, the cars were equipped with a front spoiler and a rear wing. With the 928, Porsche managed to gather refined comfort and incredible driving capacities, a real success!

Our 928 is an S version from 1983 developing 300 hp. It has the chassis number WP0ZZZ92ZDS841188 and its engine is matching. To date it only shows 234 830 km on the clock which is nothing for such a flagship. We just ended a complete service in our workshop including belts, timing belt, water pump, fuel pump, spark plugs, oil change, etc. Powerful and reliable, the 928s are true endurance models! It will be delivered to its new owner with appraisal value and its blank contrôle technique. 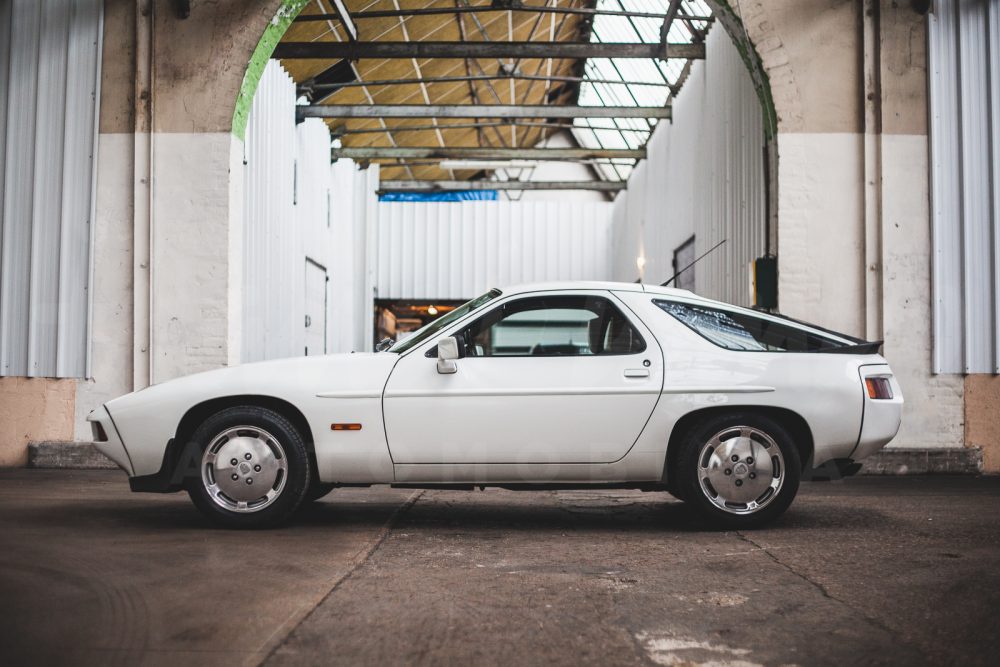 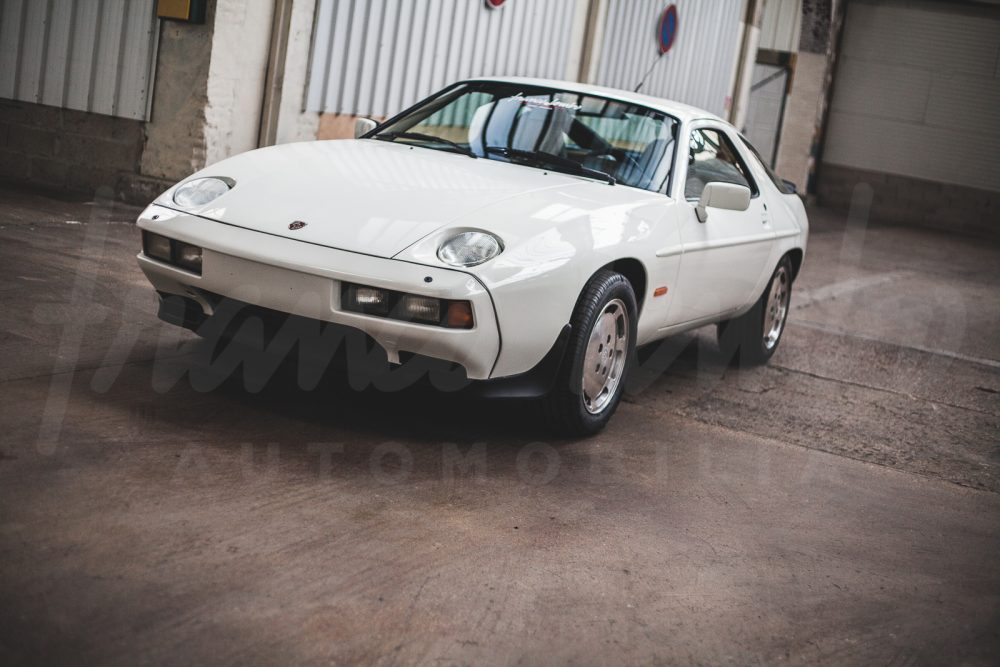 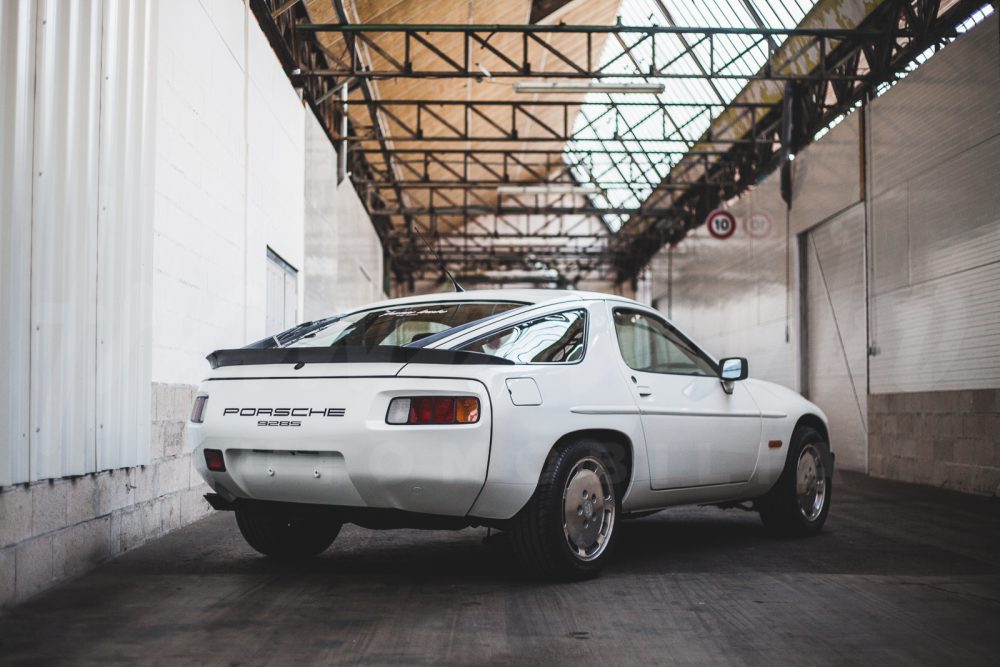 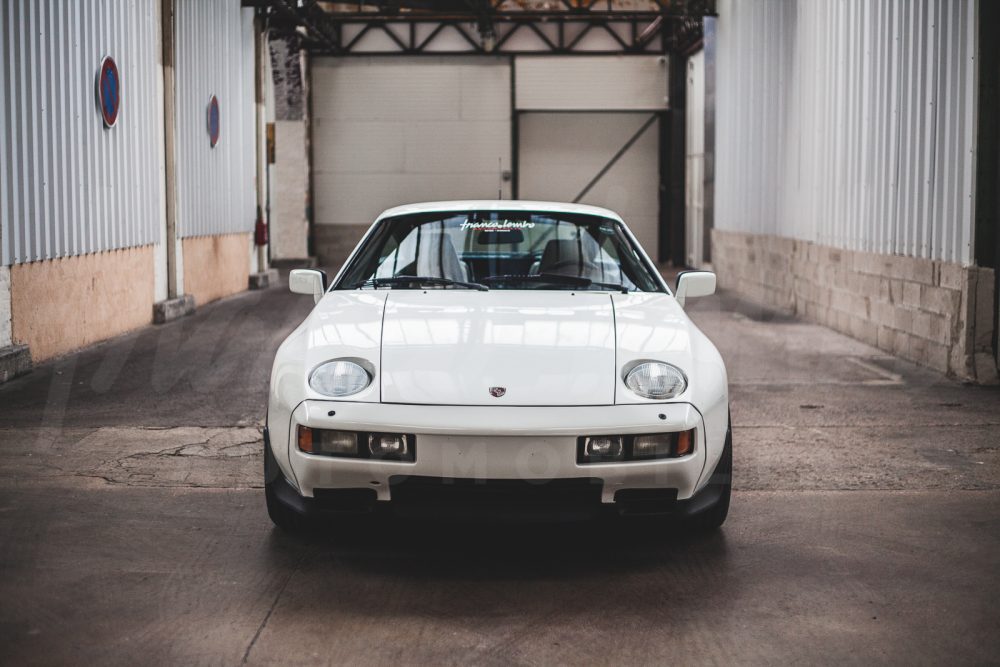