The history of the Gilera company began in 1909 when Giuseppe Gilera founded his company and released his first motorcycle: the VT 317 with a 317 cc motor tumbled. Gilera has been moving towards the world of competition with some success since his debut… After the Second World War, a Gilera won the 500 cc world championship three times in a row with Geoff Duke on the handlebars. In 1957, Gilera decided to withdraw from the world of competition despite an impressive list of achievements and no less than 44 victories in international Grand Prix races.

The San Remo series was born from a derivation of the Saturno competition and owes its name to the victorious start on the Ligurian circuit in the spring of 1947. The 1950 version is the most glorious in terms of number of victories in the series; for five consecutive years, it won at Ospedaletti and also won the Grand Prix des Nations in Milan. The San Remo is equipped with a tank with driver’s knee recesses and a partially enclosed crescent-shaped rear mudguard. The front brake is of a central type at all times, equipped with venturi’s for cooling. The two forks and frame uprights are made of rhomboidal boxed sheet metal, while the crescent-shaped rear mudguard partially covers the drive wheel. This frame number 2620147 and its 26A4628 engine with a power of 35-36 hp reaches a speed of nearly 180 km/h. This 500 Competizione is equipped with the four-stroke single cylinder. It is now in perfect condition, its use is reserved for competition and has no circulation permit. 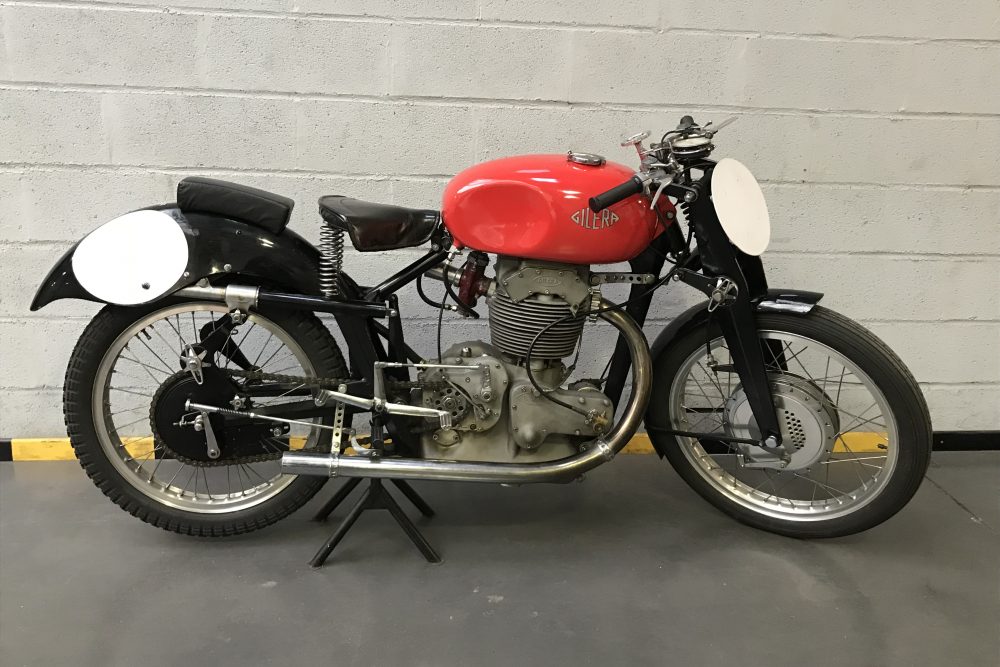 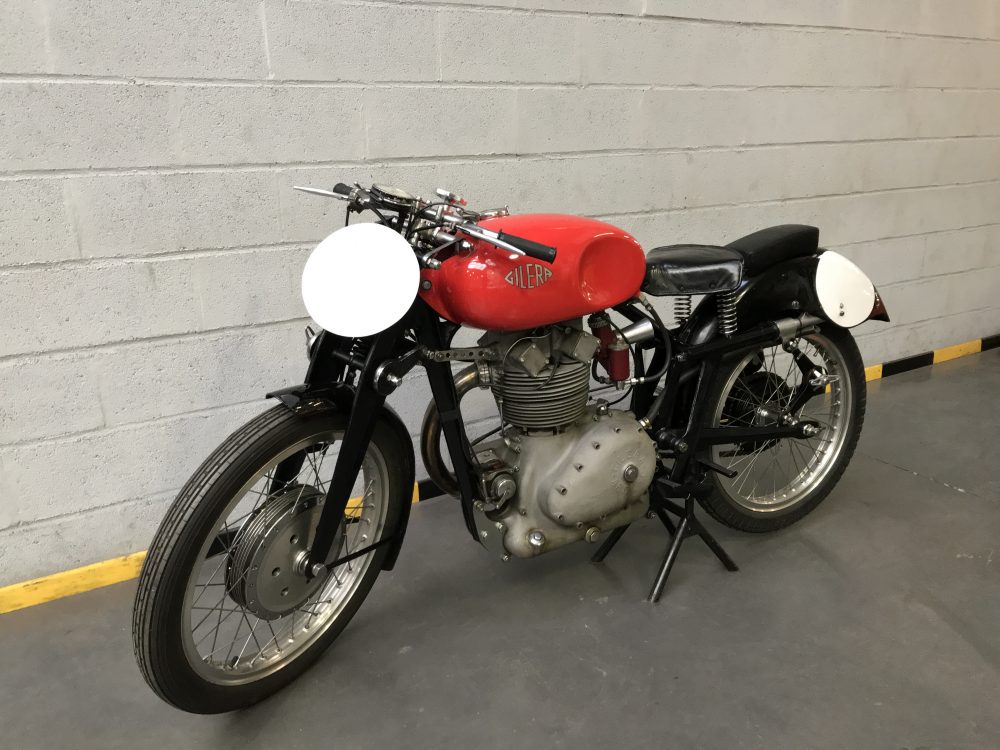 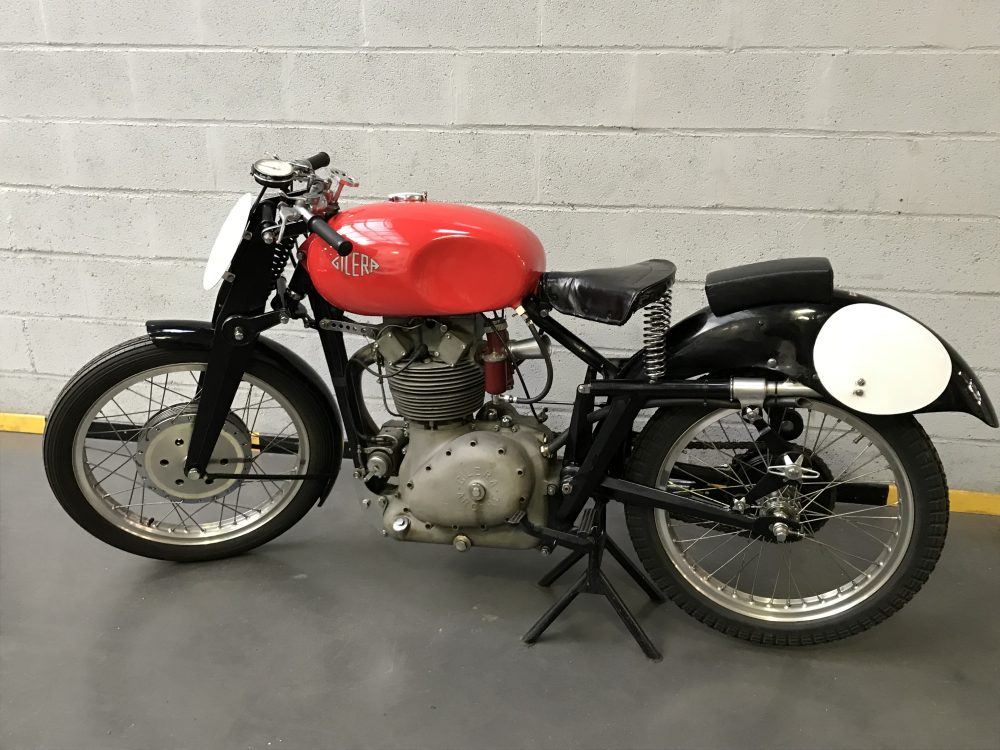 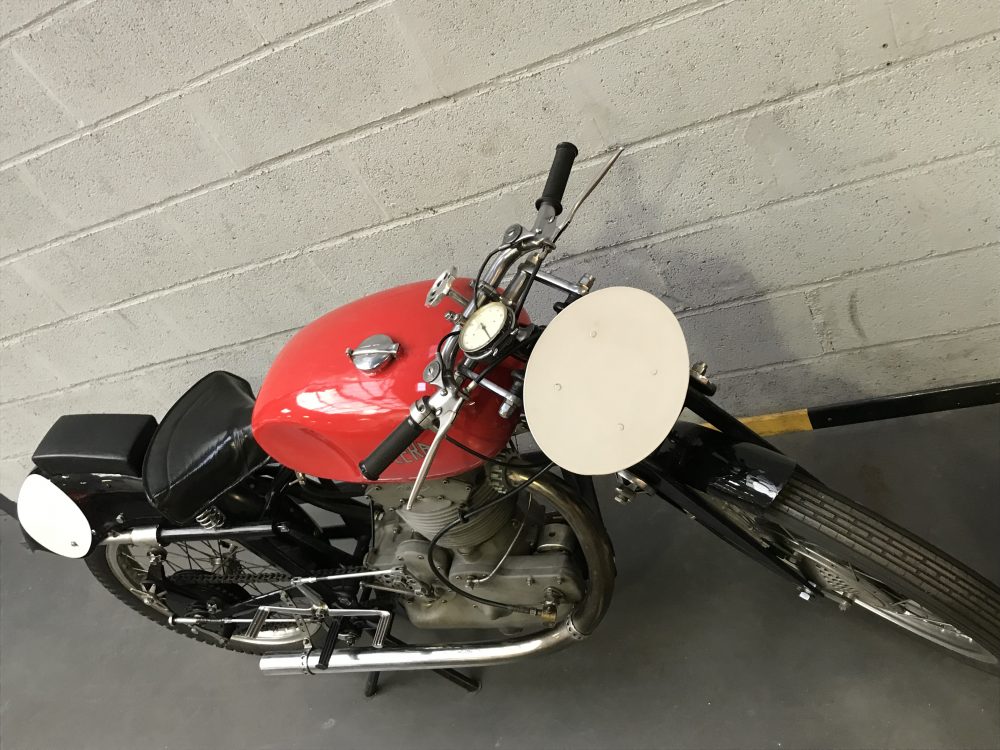