In 1952 the Régie Nationale made an agreement with three “private”so that three cars will be built from components supplied by Renault. Among these “privates” are Deutsch and Dupuis who hasten to dress the chassis ordered by Pons with a very attractive open two-seater body, fitted with two rear fins. The engine is a “1063”.

At the start of the 24 hours of Le Mans 1953 there are three prototypes ready to defend the colors of the Régie:
– The Renault 1064 chassis n°1, designed and built by Vernet and driven by Briat and Lesur, n°52
– The Renault 1068 chassis n°1, designed and built by Louis Rosier and driven by J-L. Rosier and Schollemann, n°53
– This Renault 1066 chassis n°1, driven by Pons and Jean Rédelé, n°54
The “1066” is fitted for this event with the standard 4 CV star wheels. With an average speed of 130 km/h with peaks around 175 km/h, it is the fastest of the three Renault. The performance achieved is exceptional considering that the 1063 engine only develops 50 horsepower! Unfortunately the mechanics did not resist this too fast pace for long and gave way on lap 36 during the 4th hour of the race.

Its engine was then repaired, the car was sold and competed in several races. It was then found with Borrani wheels and without its fins at the 1955 Bordeaux Grand Prix where it won the 750/1100 cm3 category in the hands of Parisian driver Rispal. This car was then found in the 1980s, complete but without engine and windshield. It received a complete restoration with new rear fins and a 1062 engine, thus regaining its looks with its two original bucket seats.

In superb condition, this piece of French automobile history was acquired by its current owner in 1990. Eligible for Le Mans Classic and Mille Miglia, French registration certificate. 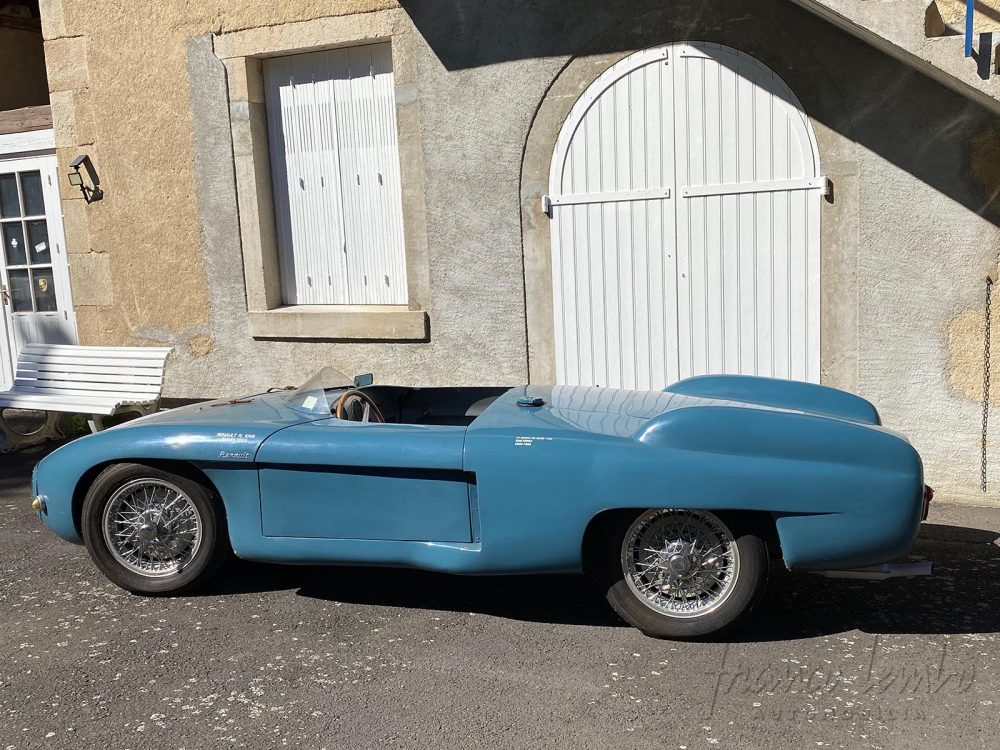 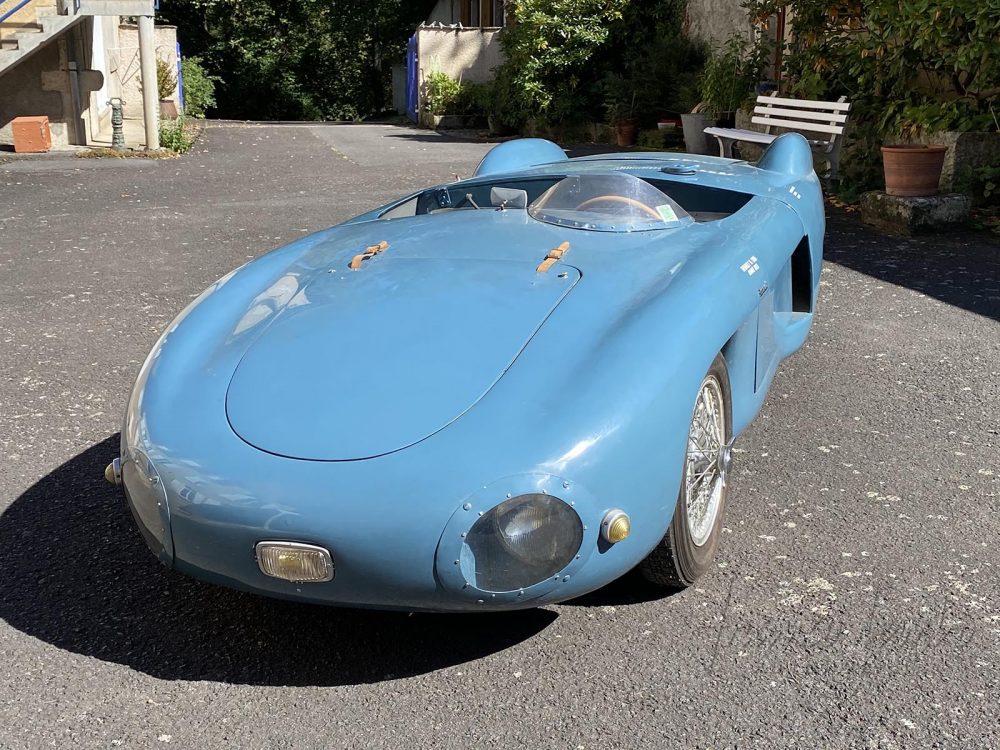 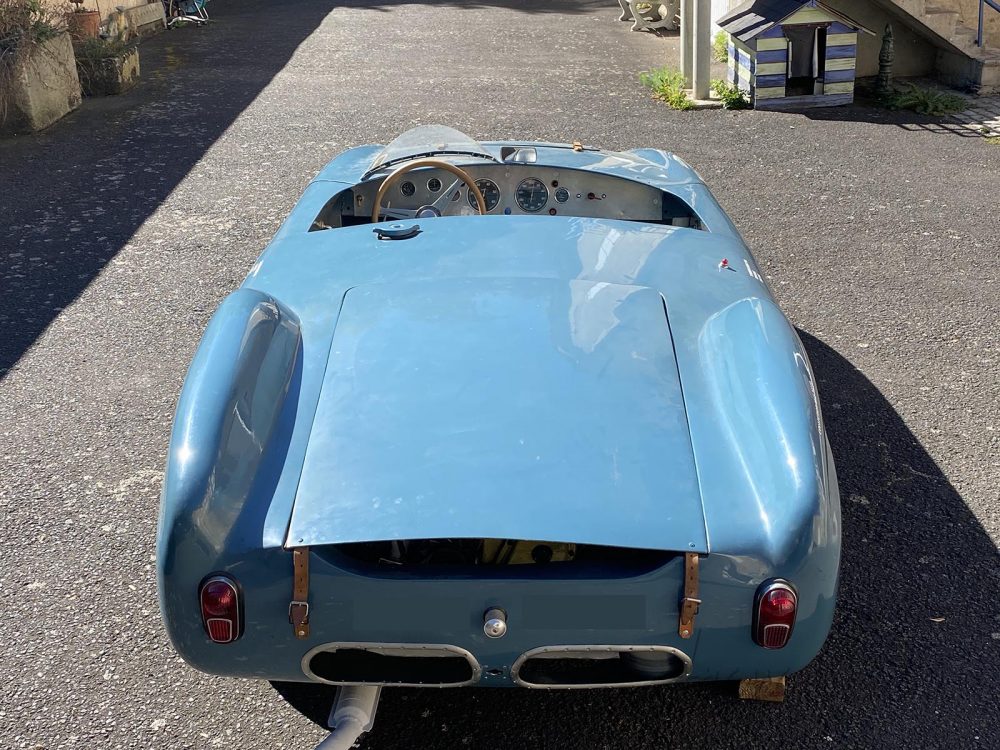 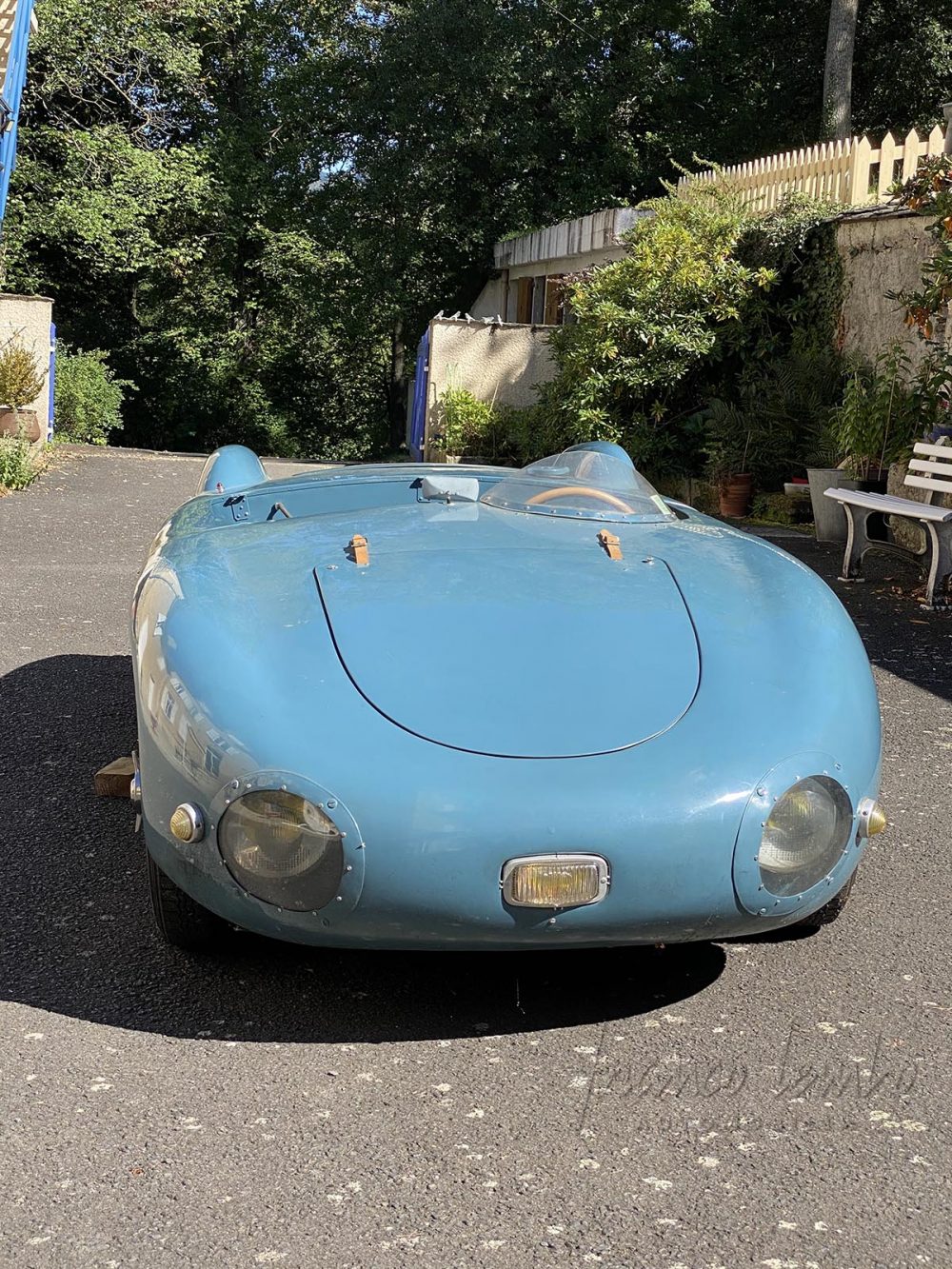