Ferrari 348 tb Challenge, chassis n ° 86287. It was sold new in France by the Charles Pozzi Levallois dealership on December 29, 1990 and put into service on January 18, 1991. From the creation of the Ferrari Challenge in 1993, the car was modified to participate in the European championship and Jean-Louis Déglise took it. the wheel within the Charles Pozzi Paris team. With number 19 in 1993 then number 52 in 1994, he completed a total of 16 races at the wheel. The Ferrari 348 is the model which launched 25 years ago the Challenge championship which still exists today with the 488. To participate in the European championship, the production 348s were modified with the official Challenge kit sold to owners by Ferrari in partnership with OMP. The kit in question consisted of standard and regulated racing equipment (OMP roll bar, OMP harness, OMP bucket seats, towing hook, etc.) and accessories such as an aluminum crankset, a special exhaust, a “logo”. 348 Challenge ”to be affixed to the bonnet, etc. On the mechanical side, no change was tolerated by the Challenge regulations. The engine, shock absorbers and brake discs were to remain original. At the end of the championship, most owners returned their 348s to their original configuration to make it easier to sell them. Some have kept some parts of the kit, and others have kept it entirely.

The car was revised at Charles Pozzi in 1994 to a mileage of 8,280 km. At the end of the championship it was put back into road configuration and sold to a new owner. A few years later, the car arrived in the Marne, where its owner kept it for 15 years, driving very little, but remaining maintained in the Ferrari network. The car was sold in 2015 to its current owner with 20,000 km on the clock. Because of its important history, it was again put back in Challenge configuration while remaining approved for the road. Today it is only 27,000 km long. The car still has its original leather pouch including, among other things, the original warranty certificate and maintenance plan. The maintenance log is completed and up to date, and is accompanied by invoices and technical checks. French registration card as well as all the racing history of the first owner and the trophies won at the time. The 348 Challenge has an important part in the history of modern Ferraris. It is one of the last Ferraris to offer pure driving sensations, without power steering, without electronic assistance. Very comfortable on the road and on the track, the 348 Challenge are increasingly sought after to participate in newly created historic competitions. The Ferrari 348 remains a special model. Its 3.4L V8 engine was designed by Nicola Materazzi, Ferrari engineer, and is the first Ferrari longitudinal V8 in the history of naturally aspirated Ferrari engines, a position inherited from the 288 GTO and the F40. The gearbox is the ultimate 5-speed manual with the first at the bottom. Years after its conception, it was even used by Ferrari to build the first prototype of the Enzo. French registration card 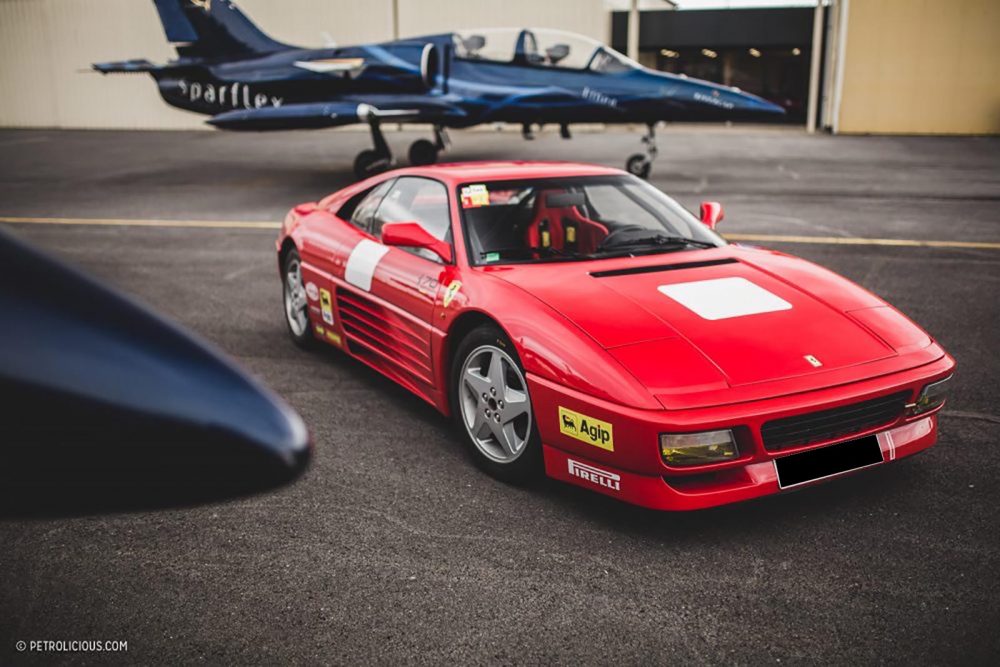 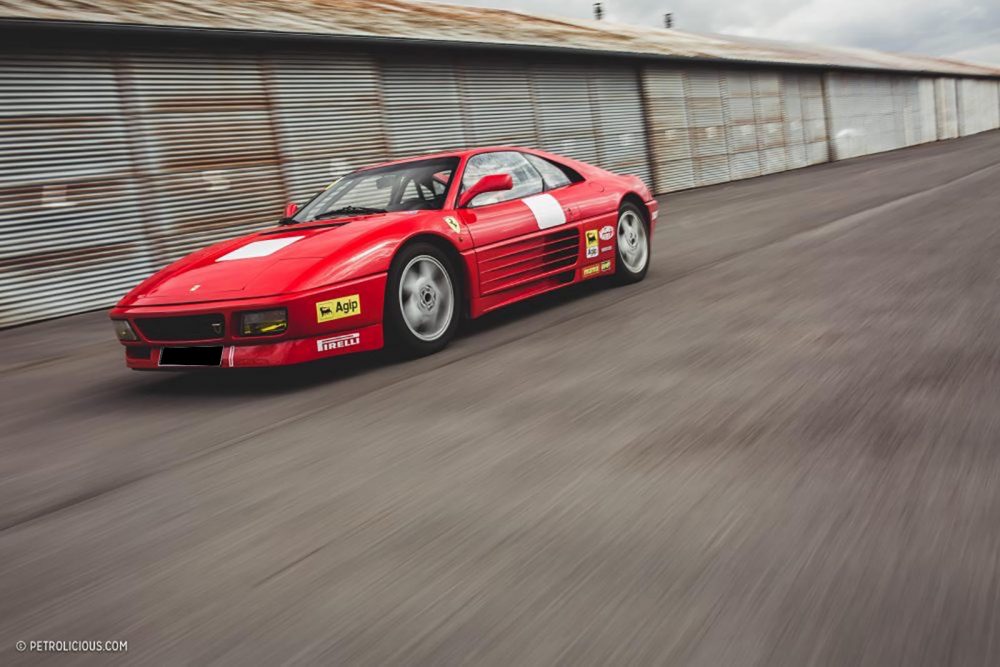 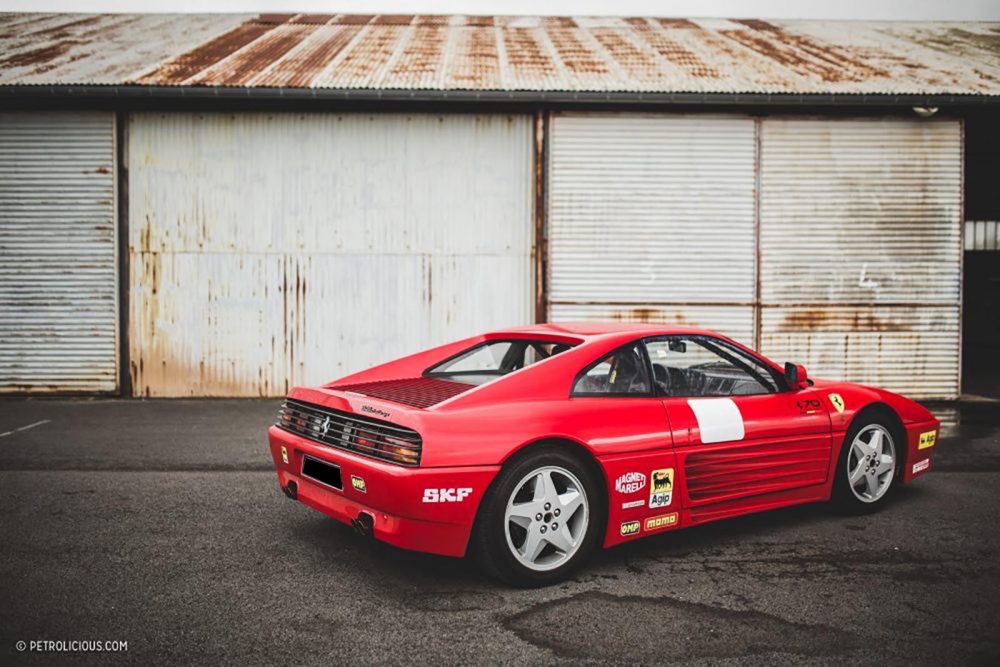 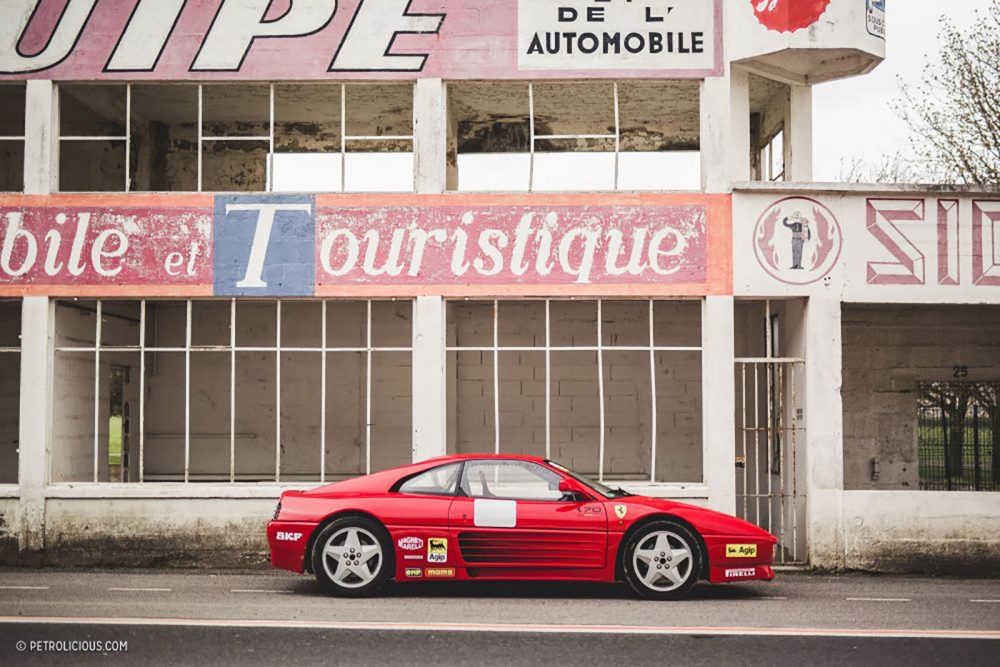